The Federal Government has disbursed the entire $322.5 million Abacha loot of 2017 to 1.9 million poor and vulnerable Nigerians.

Before making the disbursement, the money accrued an interest of $11 million where it was deposited.

Mr. David Ugolor, Executive Director of ANEEJ, an independent monitor providing independent report on the use of the funds, made this disclosure in Abuja yesterday.

Mr. Ugolor told reporters that “the Abacha loot is exhausted. An interest of $11 million was accrued in the money where it was saved and it was disbursed to around 1.9 million poor Nigerians”.

Ugolor added that “no politically motivated data was used in selecting the beneficiaries; the National Social Register was used to determine those who will benefit and the register is updated regularly to remove those who have died”.

According to the ANEEJ Executive Director, “the Abacha loot that was recovered have been exhausted, we have a responsibility to inform Nigerians and then to make sure to tell them what the money was used for”.

He noted that, “it is a very controversial issue that people sit down at home and begin to point fingers that Abacha’s money has been stolen. What we have done with this monitoring is very ground breaking”.

Ugolor said ANEEJ will publish by the end of next month, state by state data of how the money was disbursed.

According to him, “four states have not been benefiting from the distribution of these N5,000, so we started an advocacy and the advocacy yielded the results and the government responded through the National Cash Transfer Office (NCTO) and we have since paid all these four states. The four states are Edo, Ondo, Kebi and Enugu.

The Federal Ministry of Finance requested that the funds be used to finance the $500 million IDA-financed National Social Safety Net Program (NASSP) in the form of Conditional Cash Transfers to poor and vulnerable Nigerians, which is one of the poverty alleviation programmes under the National Social Investment Programme.

A Swiss court in March 2015 ordered that the funds be repatriated on the condition that the World Bank monitors their use. Consequently, a Memorandum of understanding was entered into between the Nigeria government, the Swiss government, and the World Bank, which also identified Network on Asset Recovery (NAR) made up of civil society organizations led by ANEEJ as an independent monitor for the purpose of providing an independent report on the use of the funds.

The Federal Ministry of Justice then developed and finalized terms of reference for civil society organizations monitoring the $322.5million recovered Abacha loot and recognized ANEEJ as one of the CSOs representing the NAR in interactions with the Federal Government of Nigeria. The task was to monitor and report on the use of the funds to targeted beneficiaries.

In 2018, ANEEJ commenced the monitoring exercise under the Monitoring of Recovered Assets in Nigeria through the Transparency and Accountability (MANTRA) project. Through the MANTRA project, ANEEJ worked with six regional partners, and engaged a total of 35 CSOs and over 500 monitors for the exercise in six geopolitical zones of the country.

The exercise produced the first disbursement report of the $322.5million covering the August/September 2018 payment round to beneficiaries in 19 States. 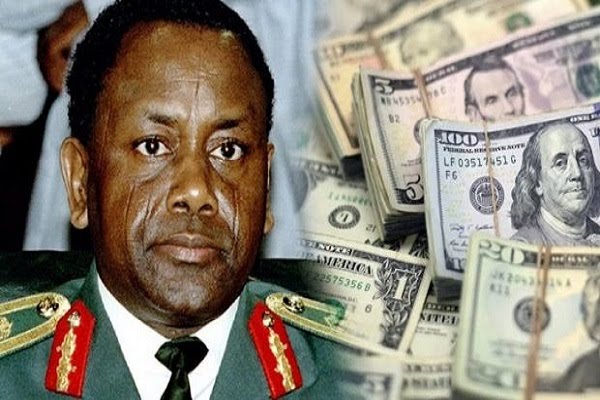