Encomium as family, friends, others extol Mamamu at his one year remembrance anniversary

Mamamu, who departed this world in the year 2021 at the ripe age of 91years, was also the founder of the God’s Ministry International Church Incorporated, Salvation City, New Ogbe-Ijoh.

A major highlight at the ceremony was the prayer session and laying of wreaths at the grave side of the iconic Mamamu. This was led by Edwin Bouyi, the Acting Pastor of God’s Ministry International Church Incorporated, Salvation City.

Speaking at the event, Mrs. Doromo Efiye Tessy, late Mamamu’s daughter, in a emotion laden voice described her father as not just loving but dynamic in his commitment to the affairs of humanity.

“I miss my daddy in many ways, my father was a loving father. He cared for his children and others. I remember my father daily. Even when I became married, my father did not stop calling on me to know how I was faring. He gave me advice on how to make marriage work. I can’t forget my father. He was a great man. He was dynamic father, a father that one will not like to lose. But in all, I give God all the glory.

On his part, Pastor Mamamu D. Shadrack, the second son of Late Pa Mamamu stated that when one lives a life that pleases God, even at a point where people plan to harm such a person, God will reveal and abort such a plot. When you pray, God will answer you. That was the kind of life and legacy my father left behind. I therefore, encourage all present particularly, my siblings to emulate our late father’s virtues.

Still at the event, Mrs. Clara Mamamu Ibani, Mamamu’s second daughter said: “Today is the day we need to reflect on my late father’s legacies. We need to reflect on his love for, and personal relationship with God. My father made sacrifices and suffered discomforts to please God. She opined.

It would be recalled that the late Chief Mamamu untul his demise contributed towards the development of humanity and Ijaw nation as whole.

See photos of family members at the graveyard. 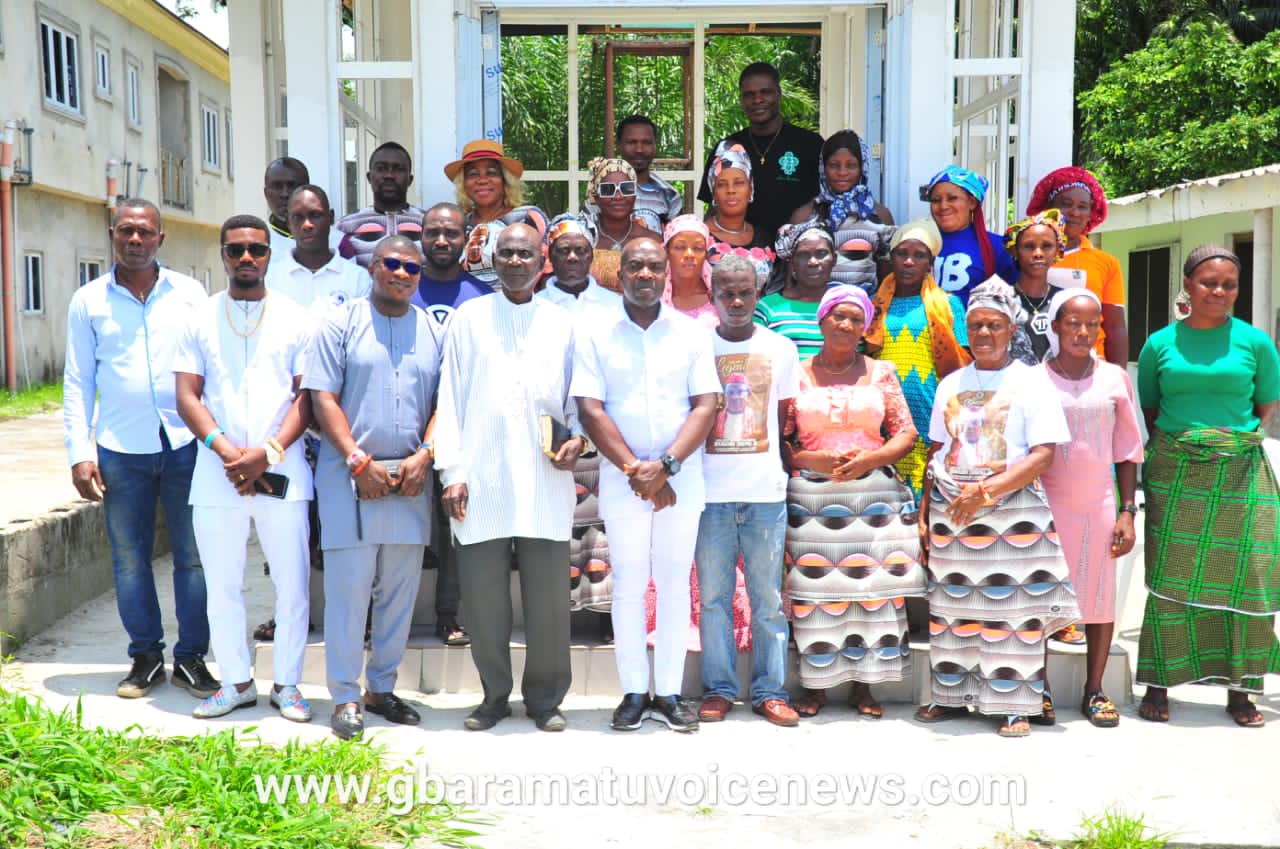 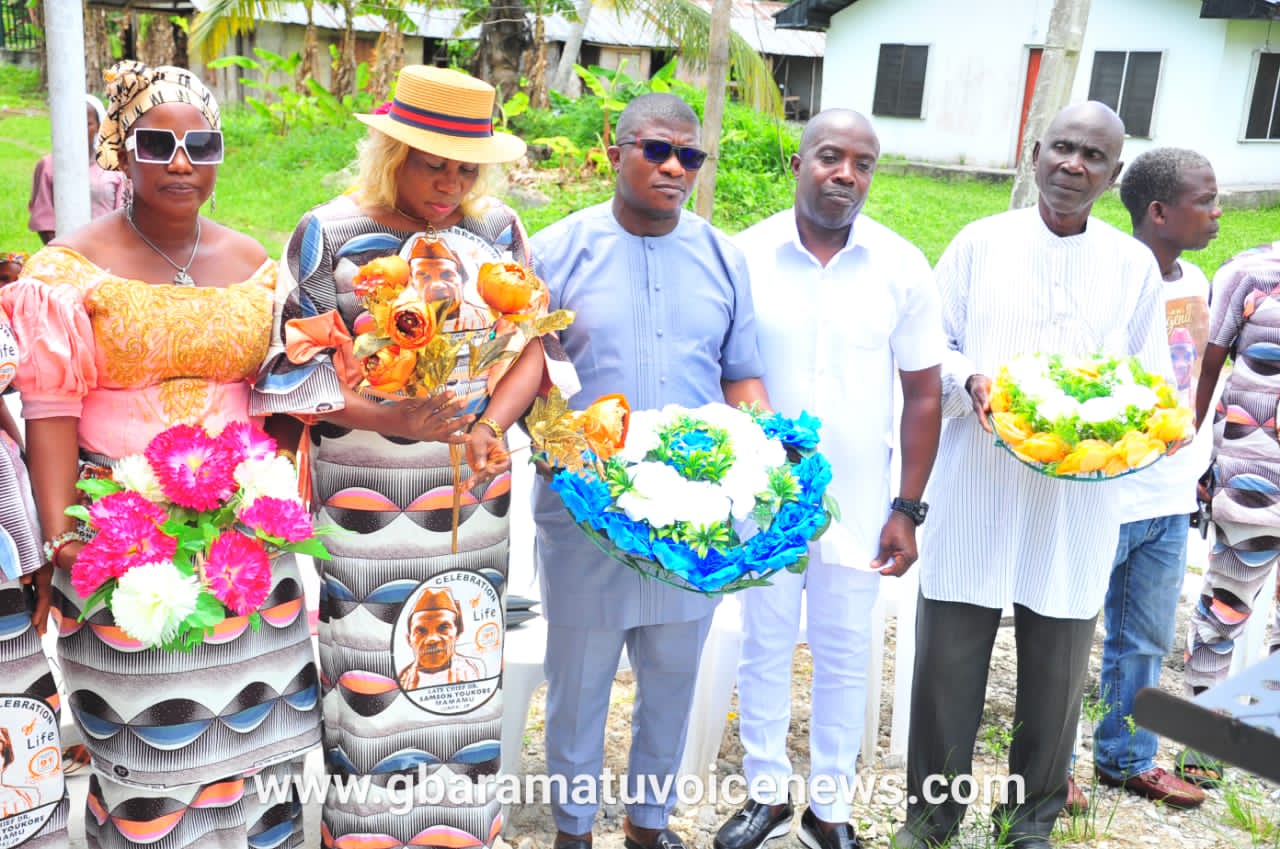 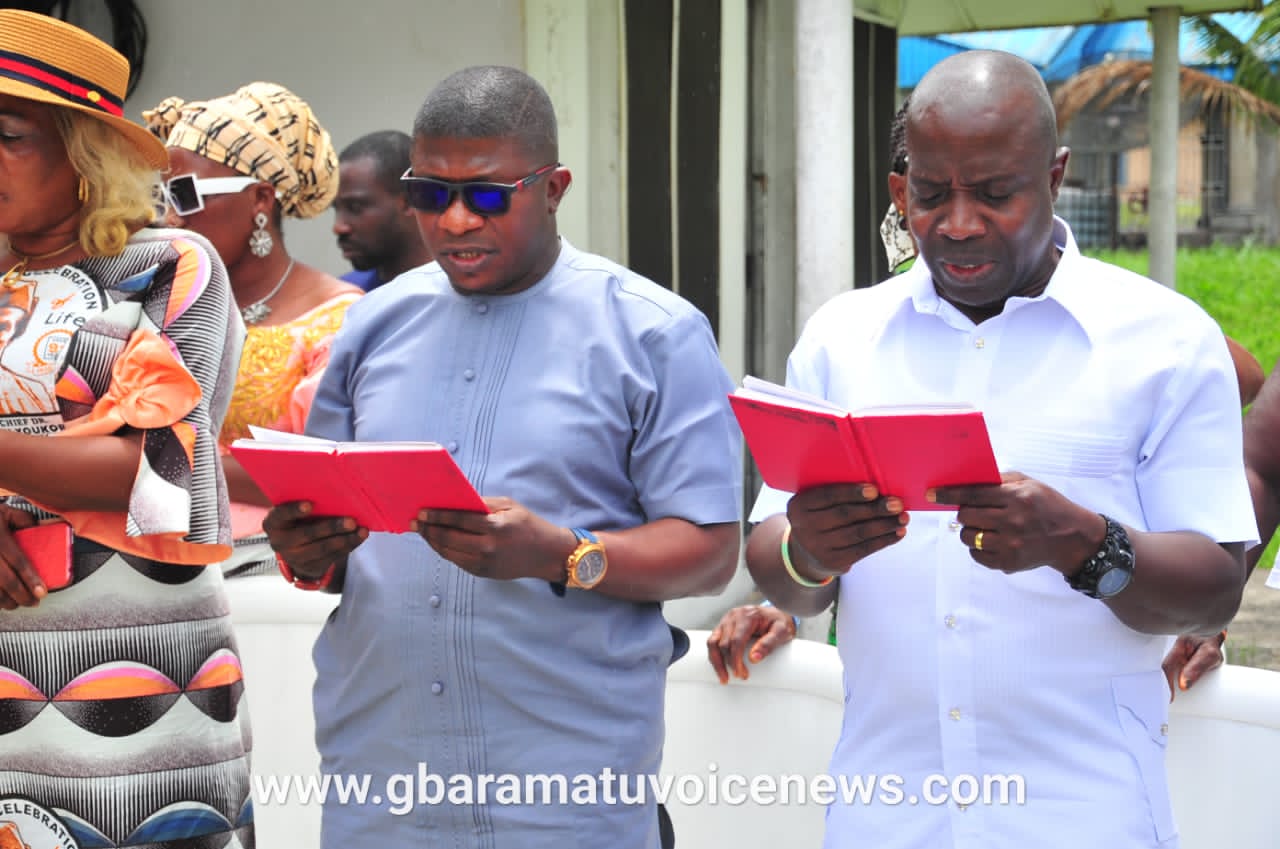 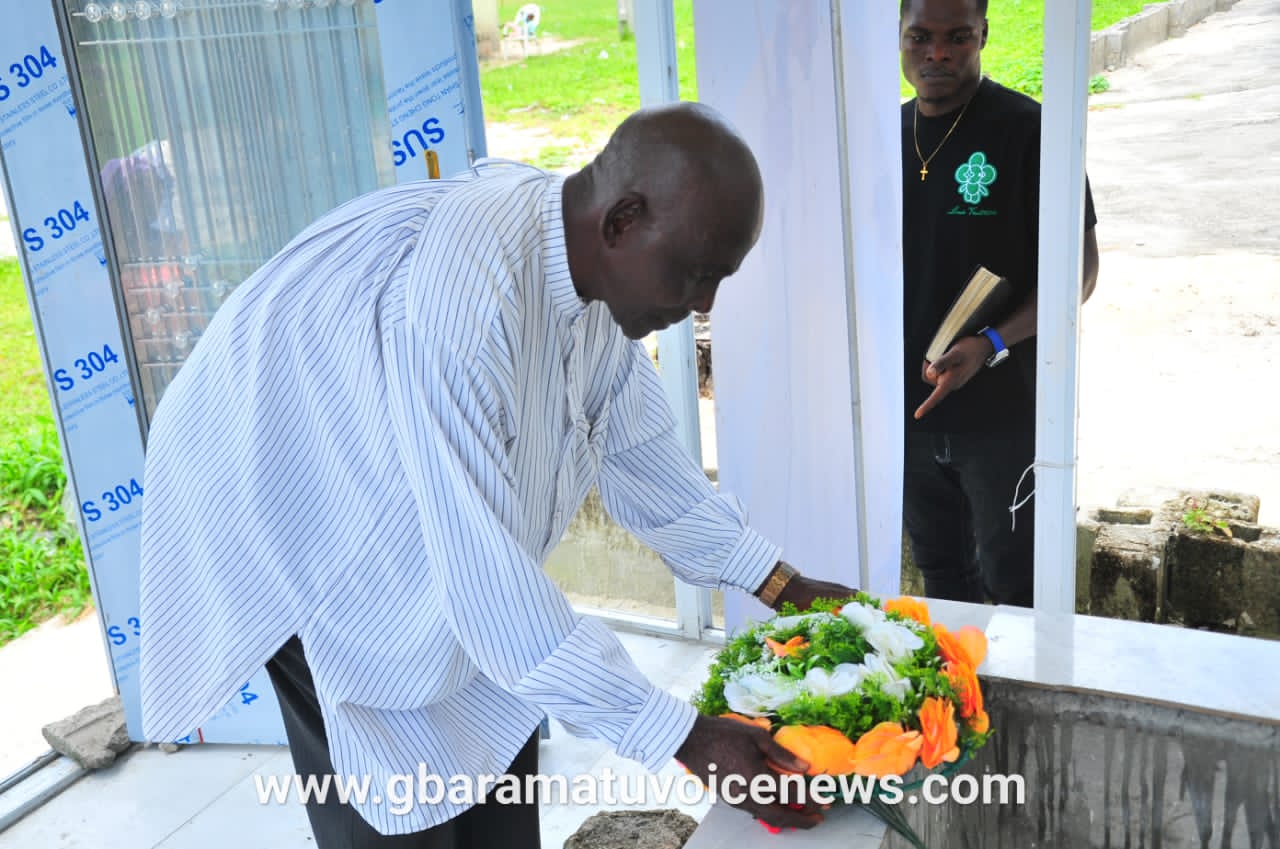 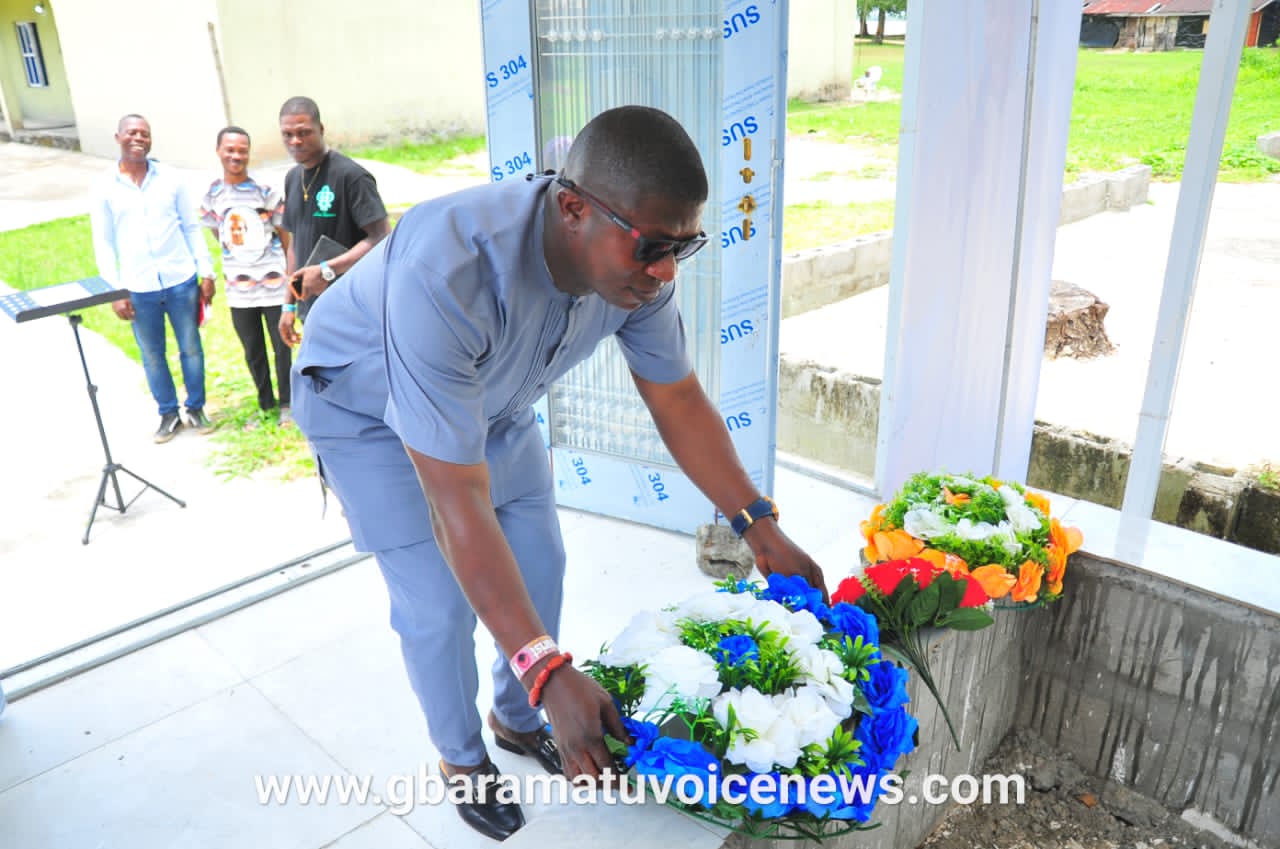 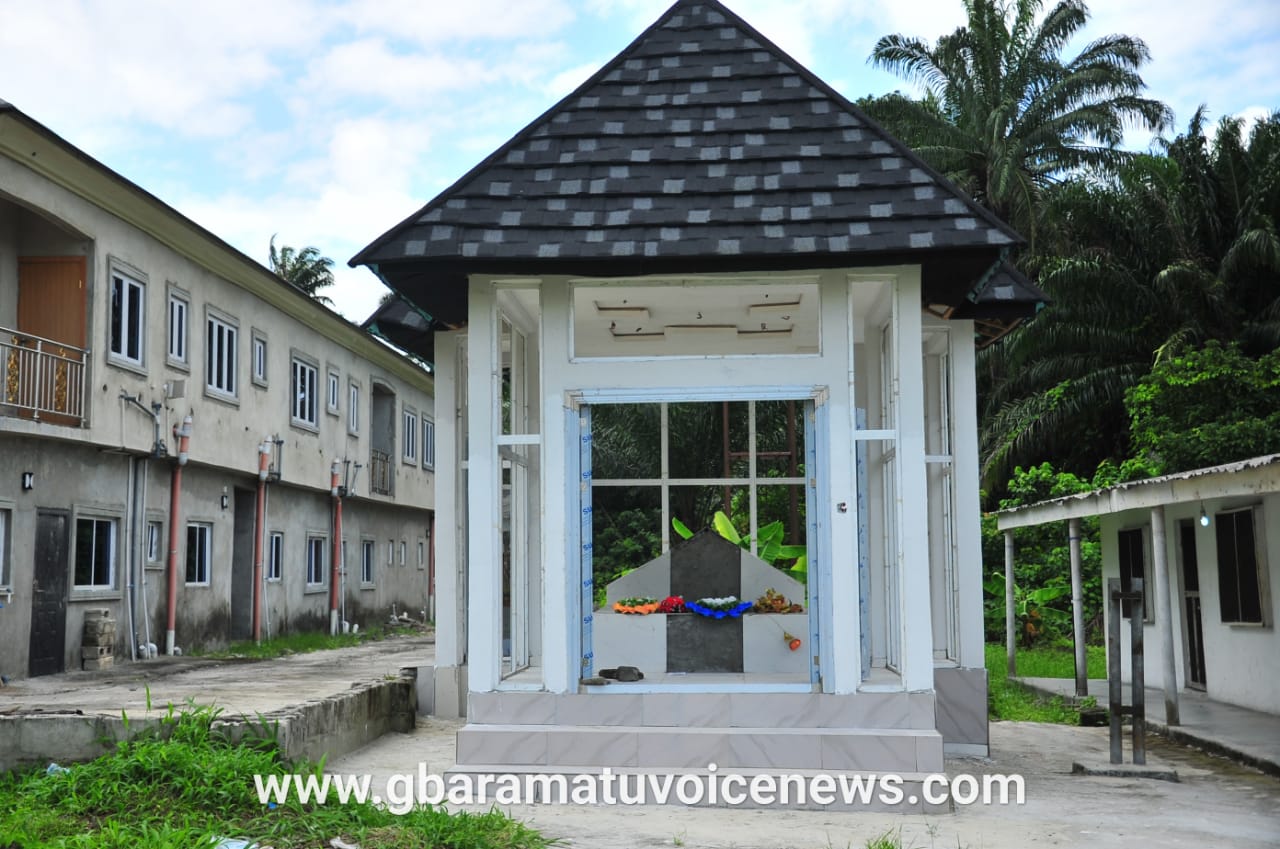