In a statement jointly signed by the National Coordinator of the Tompolo Annual International Symposium, Jacob Abai; Michael Tonlagha, the chairman of the Local Organising Committee (LOC) and Comrade Fiyebo Eperetei
Secretary (LOC) details of the forthcoming programme released includes a Conference/Anniversary Lecture, varying cultural activities/performances and many more.

The Executive Governor of Bayelsa State, Senator Douye Diri, will function as the Keynote Speaker at the Tompolo Annual International Symposium/celebration coming up on Monday, April 12th, 3021. 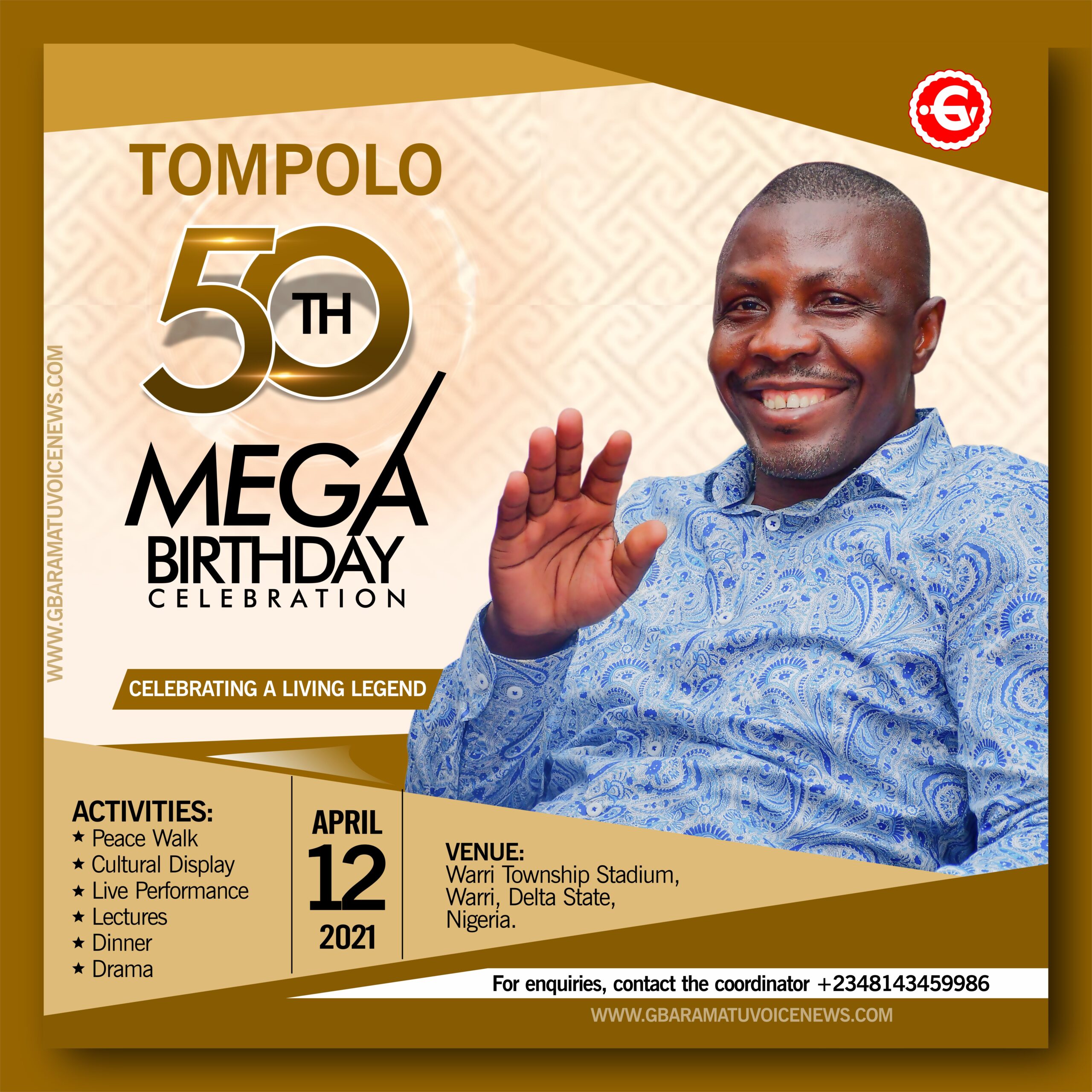 Other dignitaries expected at the Lecture/Golden Jubilee Celebration will include but not limited to traditional rulers, women groups and youth groups among others.

The members of the Local Organizing Committee(LOC), in announcing on Monday, April 12, 2021, as the date for the celebration of Chief Government Oweizide Ekpemupolo’s (aka Tompolo) 50th Birthday anniversary said that the programme, which is billed for 10.00am, will be held at the Warri Township Stadium, Warri Delta State.

The Golden jubilee celebration is in furtherance of the annual birthday series in honour of Chief Government Oweizide Ekpemupolo in acknowledgement of his sterling contributions towards the development of Ijaw nation and the entire Niger Delta as a whole.

Other dignitaries expected at the Lecture/Golden Jubilee Celebration will include but not limited to traditional rulers, women groups and youth groups among others.

To help our invited guests and general public understand fully the strategic importance of this celebration, it is important at this juncture to underline that Chief Oweizide is a Peace Ambassador and an illustrious son of Ijaw nation and that of Niger Delta by extension.

He is a freedom fighter/former General Officer Commanding(GOC) of the Movement for the Emancipation of the Niger Delta(MEND).

He is also the Chief Priest of the Egbesu deity, the Ijaw nation god of war. It is on record that, Chief Government Ekpemupolo has assisted, and strategically become a valid instrument of peace in the Niger Delta region. His efforts in the areas of peace and security have become the most pronounced reason for why sustained peace and calmness now exists in the region.