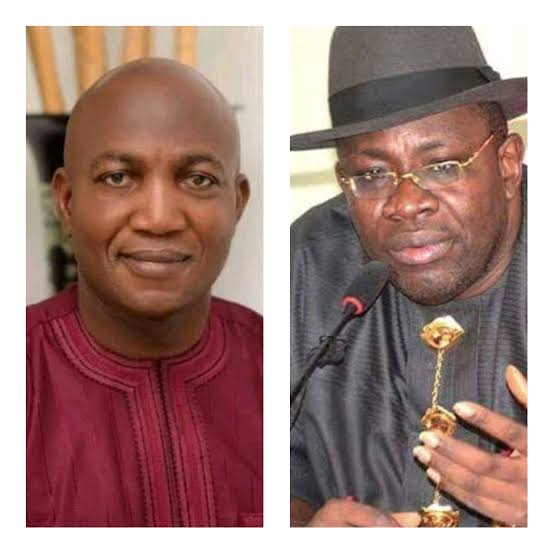 Bayelsa State Governor, Mr Seriake Dickson Saturday, explained his decision to convert his official residence to a five-star hotel, noting that it was designed to make the state first investment destination across Africa.

He, thus, warned against truncating his legacies, saying those without vision would not easily grasp how he managed to transform Bayelsa in the last couple of years, stressing that most of his projects are futuristic.

He made the remarks at the inauguration of the 18-hole golf course yesterday, noting that he had made a lot of sacrifices for the state in the last eight years.

He explained that part of his sacrifices was his decision “to convert his official residence to a hotel to ensure that the state is opened up to tourists and investors.”

He said: “These are not dreams that ordinary people can relate to immediately. If you have this kind of golf club, you have an airport and a Polo club, then I have no difficulty in converting my residence to a hotel.

“I could have stayed there for eight years. I turned it to a hotel. Now, you have a five-star hotel here. That is why everything is integrated. I came prepared for governance. You have the heliport there that can take eight helicopters at the same time.

“The whole idea is for people to come to Bayelsa, land here, stay in hotels, invest in Bayelsa and enjoy Bayelsa. I have tried my best. If there are things the next governor does not understand, I will be available to explain and advice.

“It is not ordinary when you see a governor converting a building that he could have stayed with his family. I said turn it to a hotel. That has been done and it is world-class,” Dickson explained.

He took a swipe at some leaders, who according to him, are in competition with Bayelsa. He said almost all the facilities in their states were built by either the colonial masters or the federal government.

“We need someone, whose range of vision is broad and can understand this kind of vision I have been working with my team to interpret. This is the first time we are having a golf course. We have just commissioned a golf course, started by us and on the other side is the Polo club.

“This place was a forest. We came with the idea, the planning and supervision and then battling to fund it in a recession. These are the long-term futuristic programmes that we have worked hard to deliver.

“That is why I am happy today that it has been commissioned. I am happy about the interest by the golfing community. They are all here. My advice to the incoming government is to nurture these dreams,” he added.

Dickson added that no single government could solve all problems, urging the next administration to ensure continuity of all major projects the previous administrations started as soon as it takes over on February 14.

He, therefore, said he would be leaving very big dreams and very big shoes behind, noting that he only hoped that those coming behind would be humble and patriotic enough to make the sacrifices that I have made.

He said: “I pray they will continue and improve on this continuity. You cannot solve this in one government or by one governor. For example, I will be commissioning the bridge at Onopa to allow people come through there rather than through the government house.

“I am the one with a security background. Yet, I allowed it for a purpose because I wanted to market our state. Our state was created and made up of the least developed part of old Rivers state.

“There are states that should be competing among themselves. States that were created in 1967, those that even colonial masters started their development.

“They should not compete with us. We are not in competition. Everything we are doing here is a first of its kind. If you ask some people, who built golf courses in their states, they will not know.

“But here we are leading a deliberate development effort of a deprived, underdeveloped area at a very difficult financial period and I have tried my best.

“We expect that the new people coming will brace up. There is a lot of work. It is not just cheap talk, propaganda or blackmail. Sustaining and improving healthcare, education, infrastructure, stability and law and order is a big job. So, I can only wish Bayelsa the best,” Dickson said.