DESOPADEC is an agency created by enabling Act in the state, and charged with the responsibility of developing crude oil bearing communities in the state

The machines were presented to the community on behalf of DESOPADEC management by Dr. Paul Bebenimibo, commissioner representing Ijaw ethnic nationality in the board.

Comrade Adebayo Stanley and Samuel Ezeleba, Assistant Secretary and Assistant Public Relations Officer (PRO) respectively, signed necessary documents presented by DESOPADEC, on behalf of the the Community chairman Hon. Shedrack Otuaro, chiefs and the community before taken delivery of the machines in a terse ceremony.

Speaking with GbaramtuVoice, the DESOPADEC commissioner who was represented by Mr. John Anegba, his Personal Assistant, encouraged the community to take good care of the equipments as it is only in that manner that the Commission will be encouraged to do more for the community.

While noting that current gesture to the community was statutorily captured in the commission’s 2021 budget, he however, added that the project was principally influenced by the Commissioner representing the Ijaw ethnic group in DESOPADEC board.

Reacting to the development, Adebayo Stanley who spoke on behalf of the community expressed their profound joy and appreciation to DESOPADEC board and appealed to the commissioner to do more.

In his words, “I am very happy because we have been praying for this kind of thing for a long time. Today, I can see that these things are coming and we are appealing to the commissioner representing us to do more. We heard about skill acquisition that is ongoing. We are appealing for him to at least create some avenue for those skill acquisition for our ladies, for the youth in this community so that they can go out there and learn skills to backup themselves, put themselves in order.”

Also speaking, Chief John Ebigbagha , Managing Director/CEO of Johnabratech Nigeria Limited, the company contracted by DESOPADEC, to supply the machines, expressed his appreciation to the Delta state governor and to the commissioner and advised the community to make good use of the grass clearing machines so that it doesn’t go bad on time.

While giving insight about his organization, Ebigbagha, stated that Johnabratech is into different types of businesses – engineering, procurement and oil and gas services.

Recall that the peaceful Okerenkoko community, is the home town of His Excellency, Deacon Kingsley Burutu Otuaro, the current Deputy Governor of Delta state. 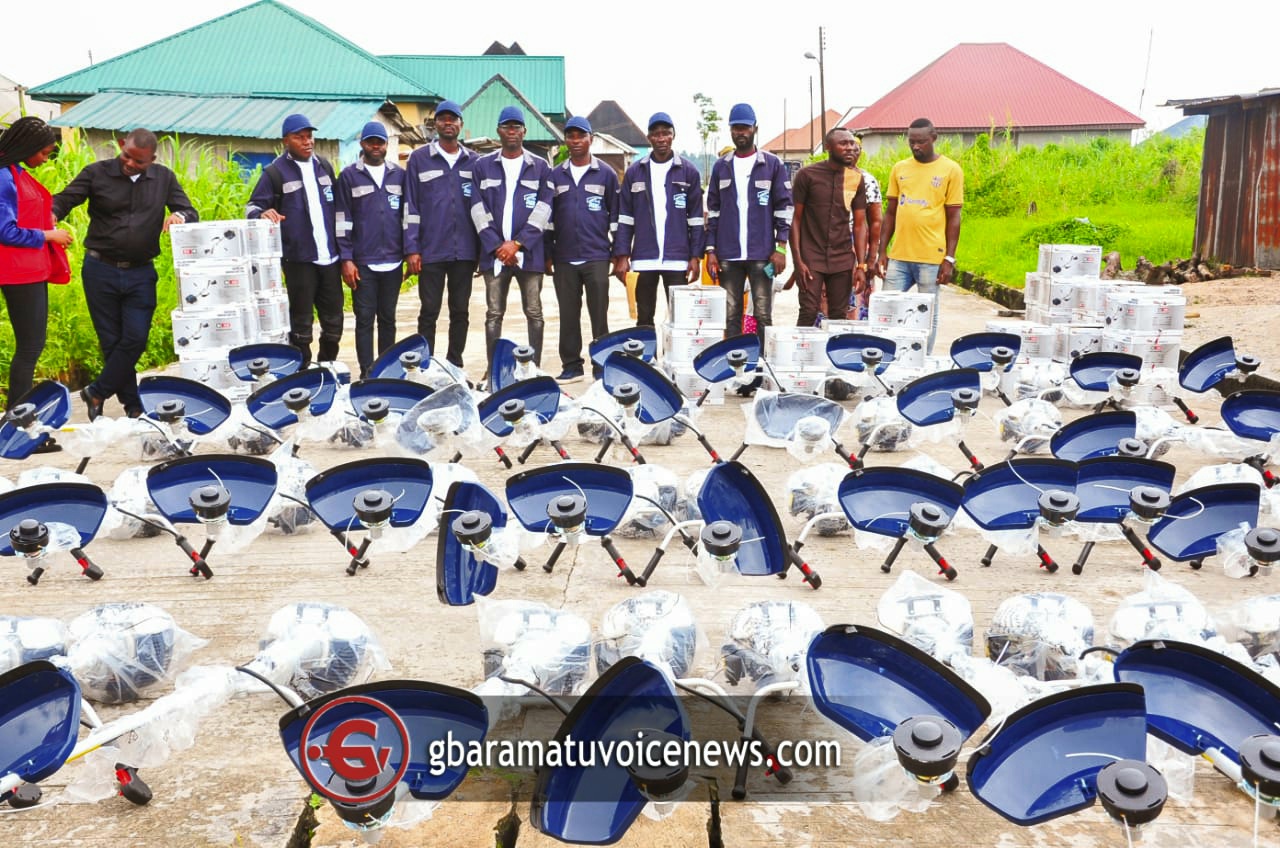 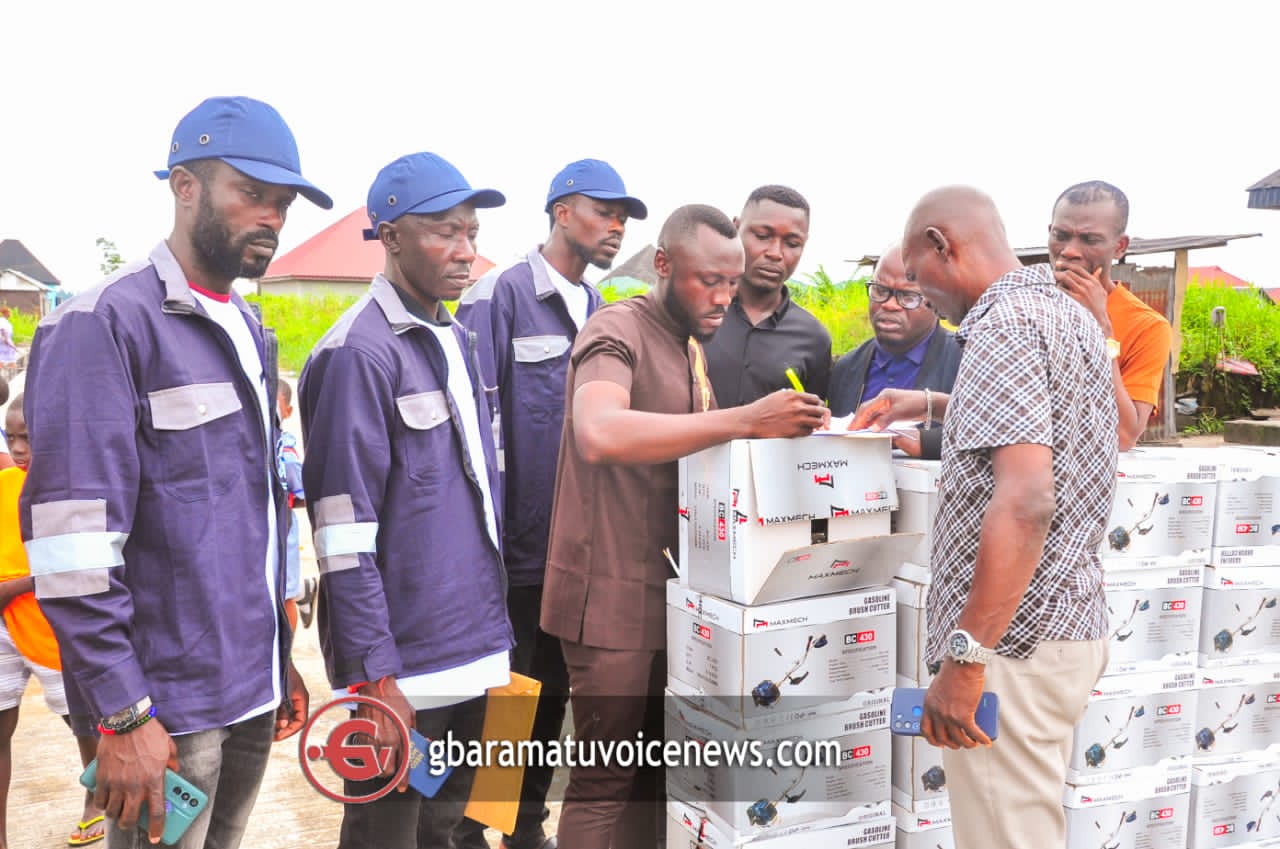 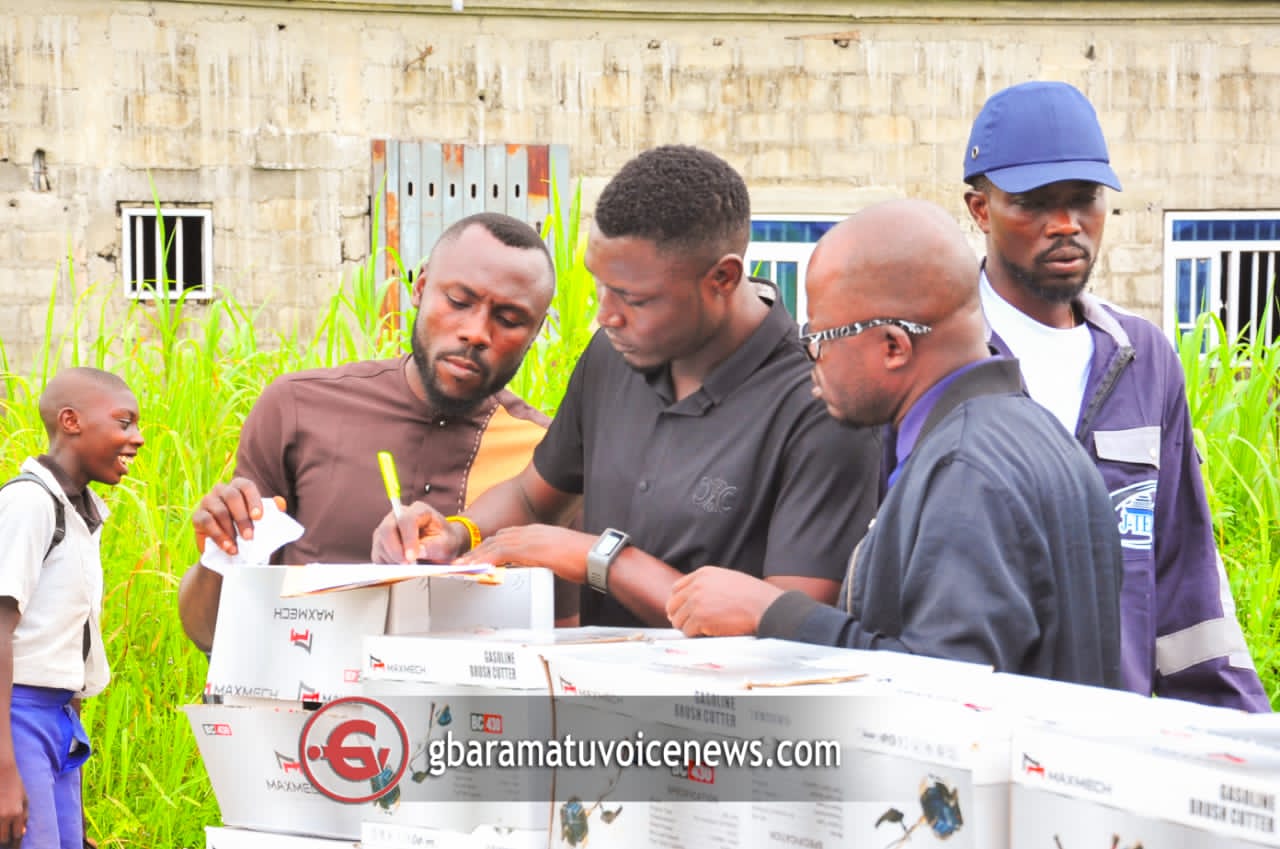 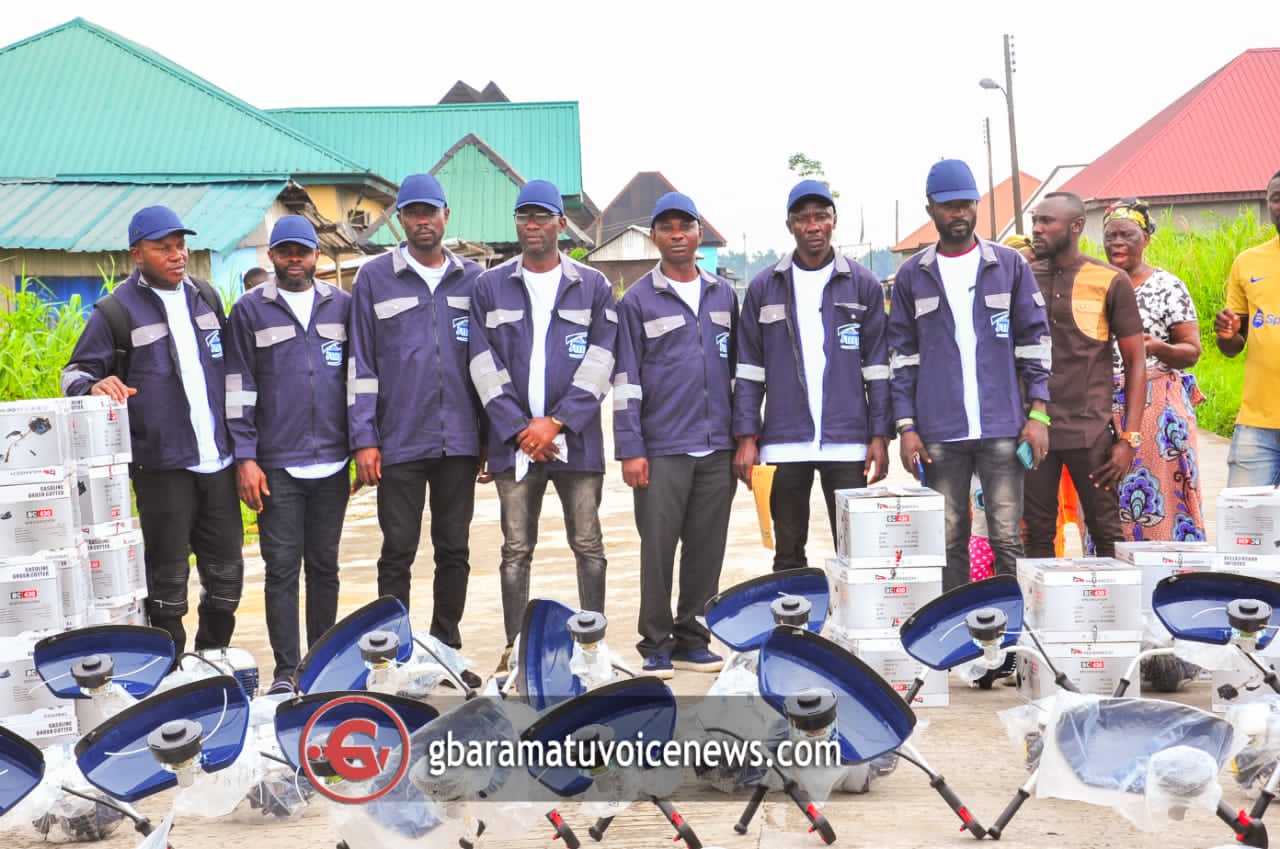 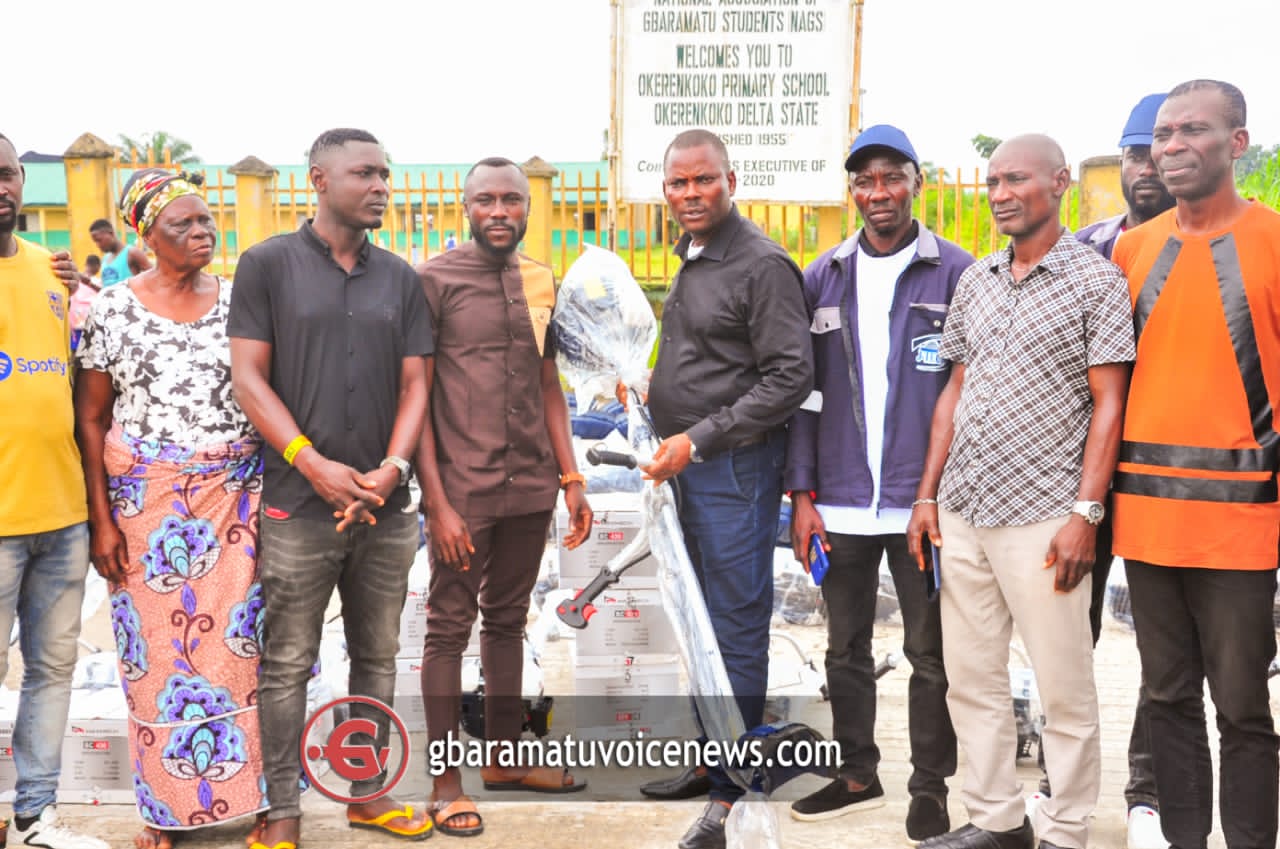 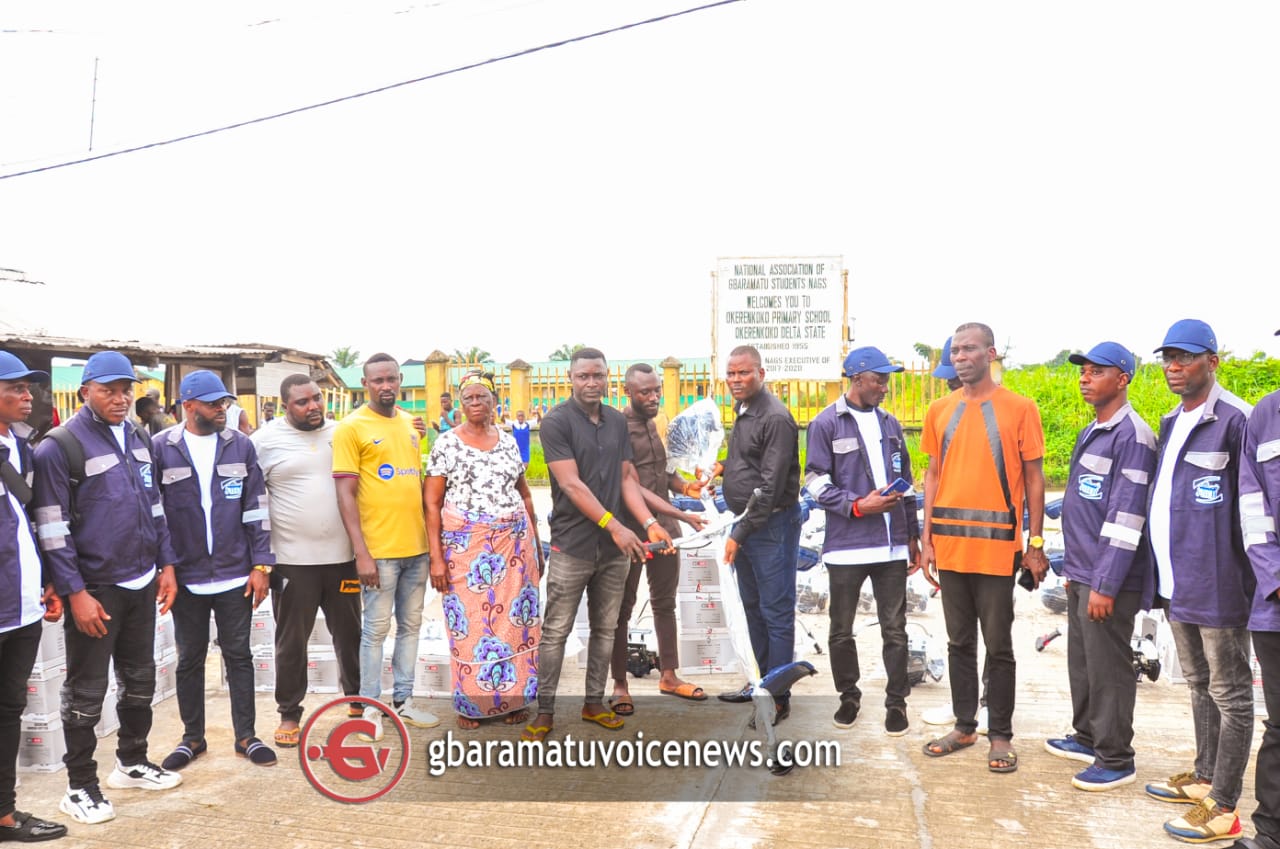 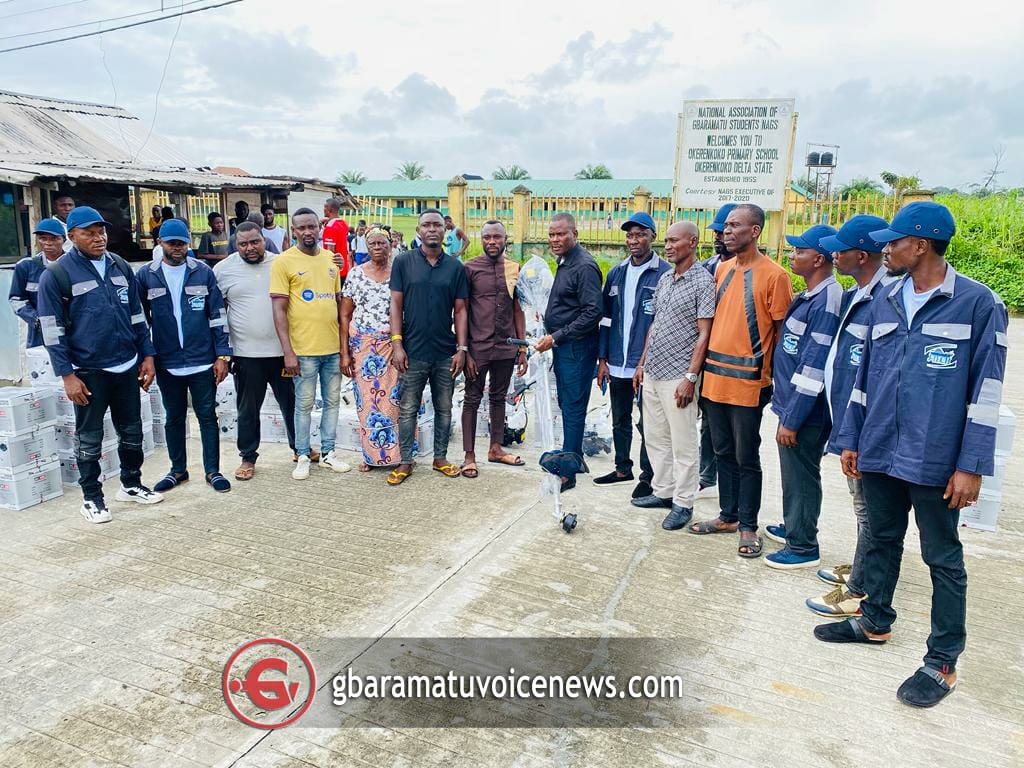 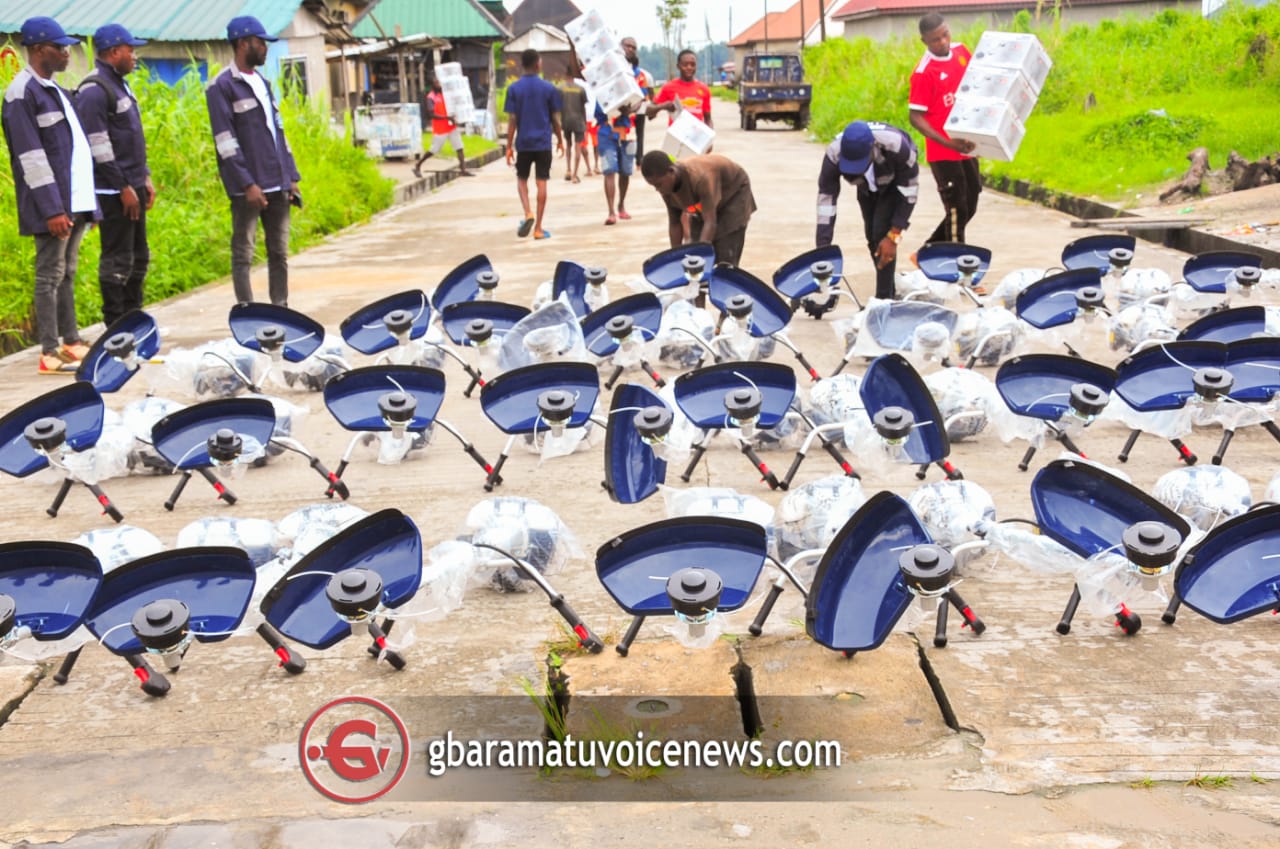 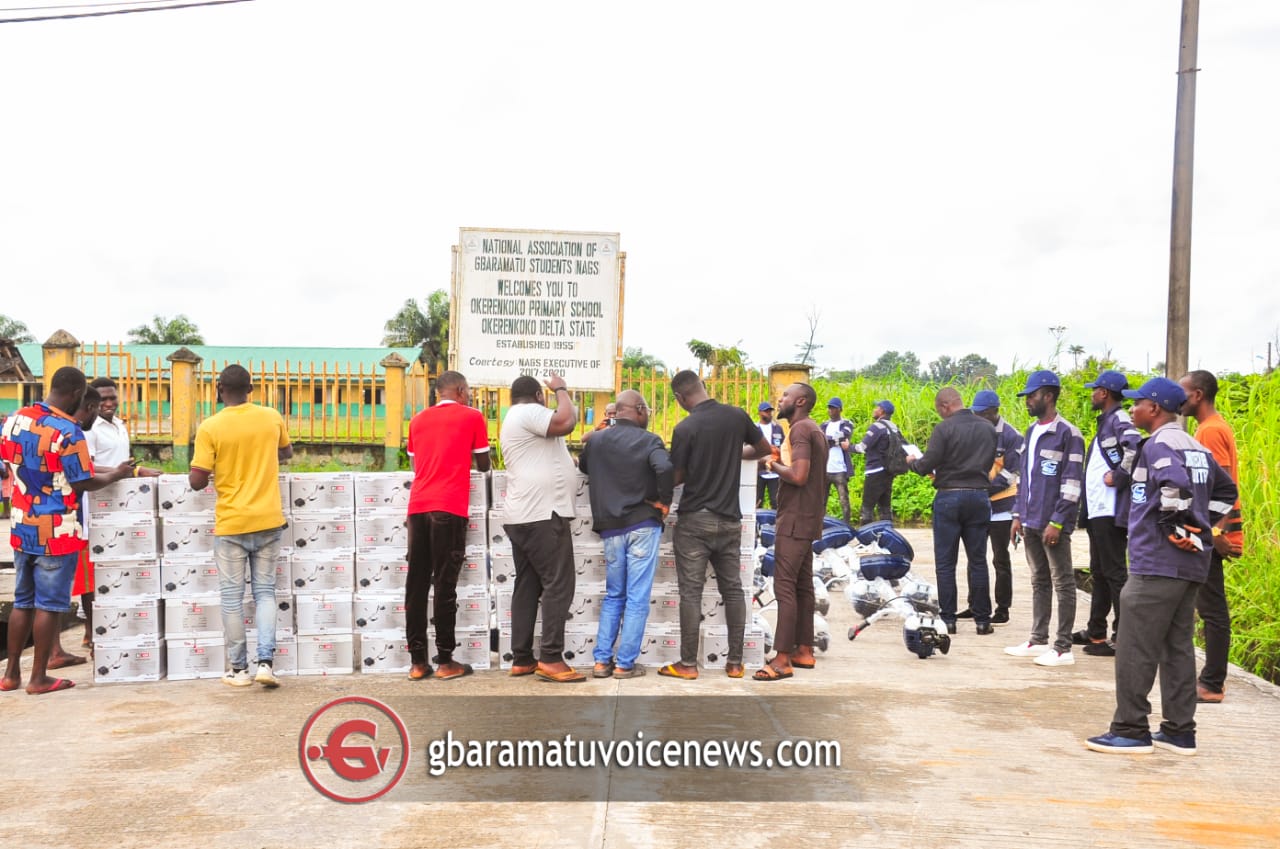 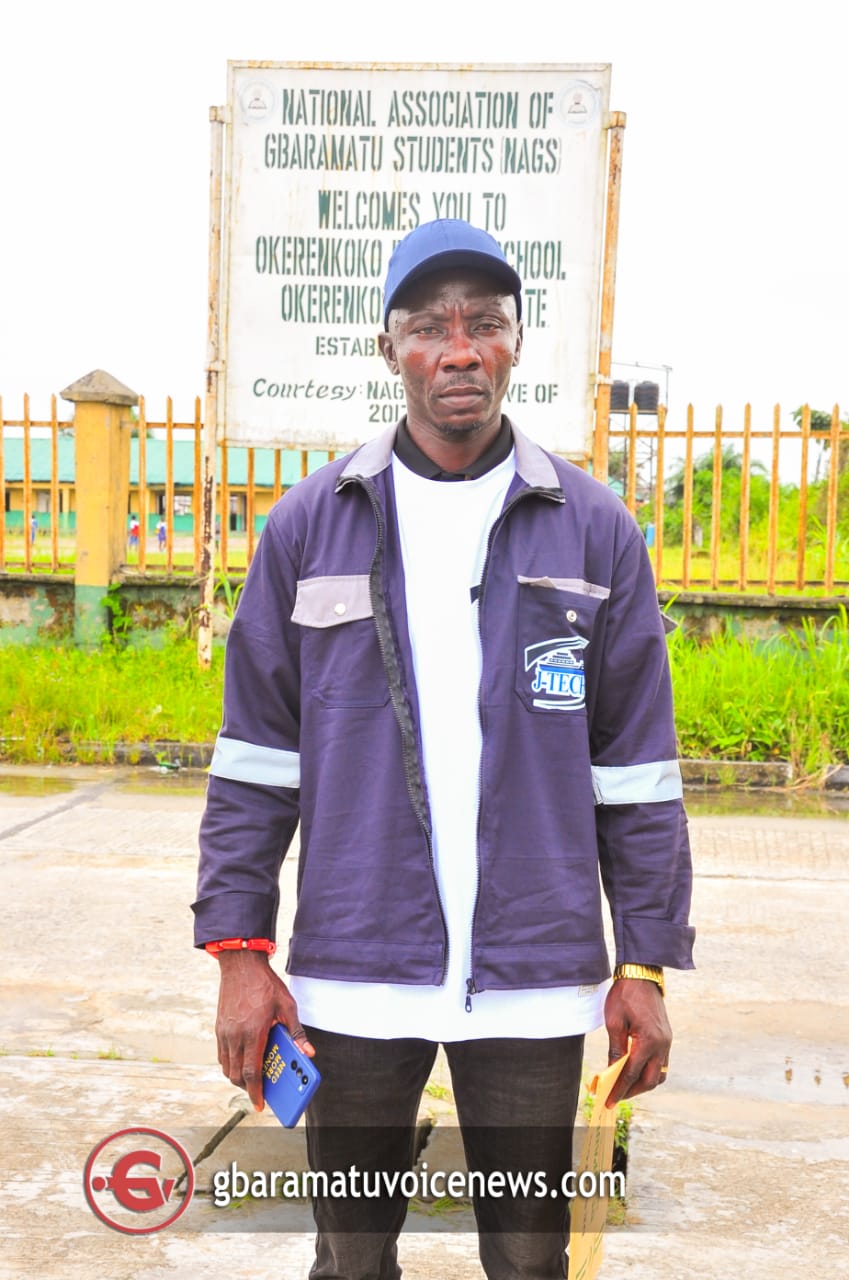 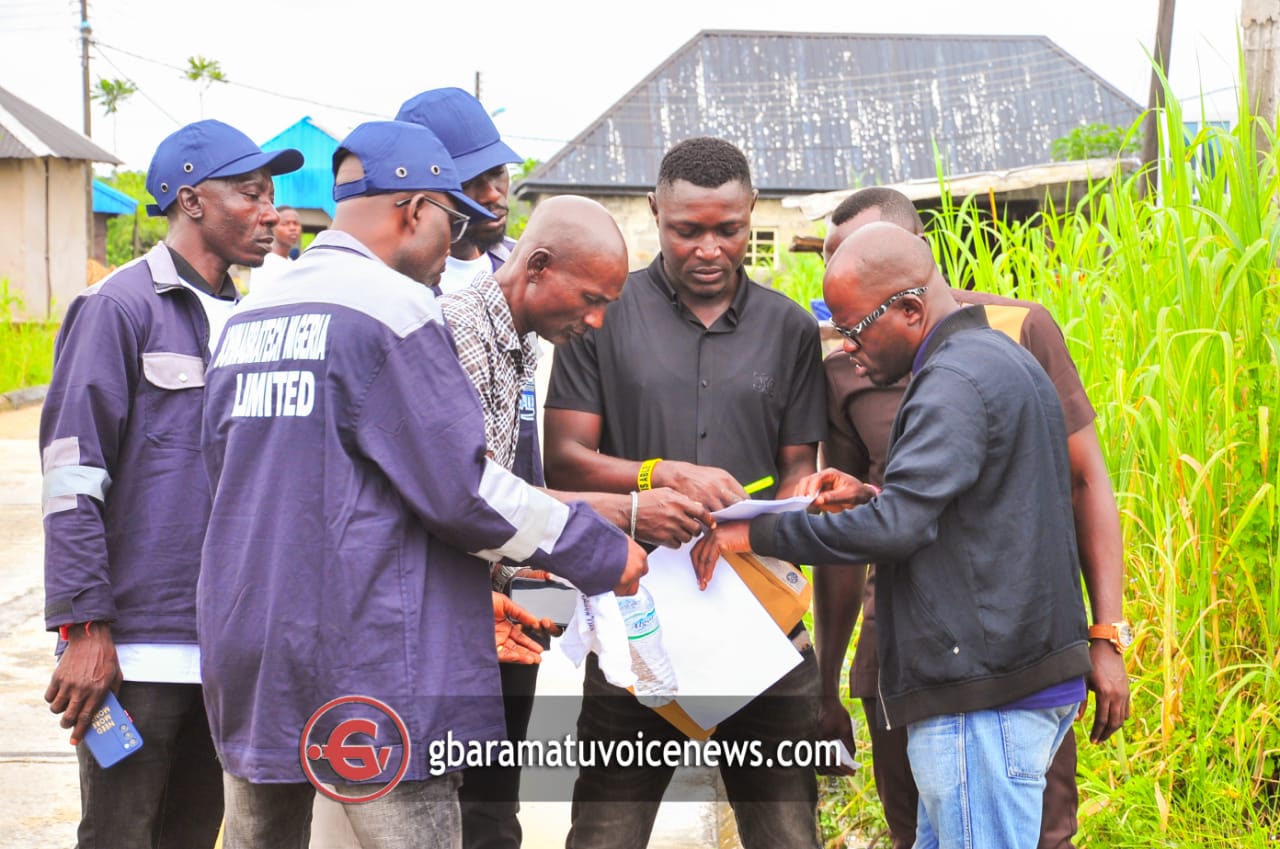 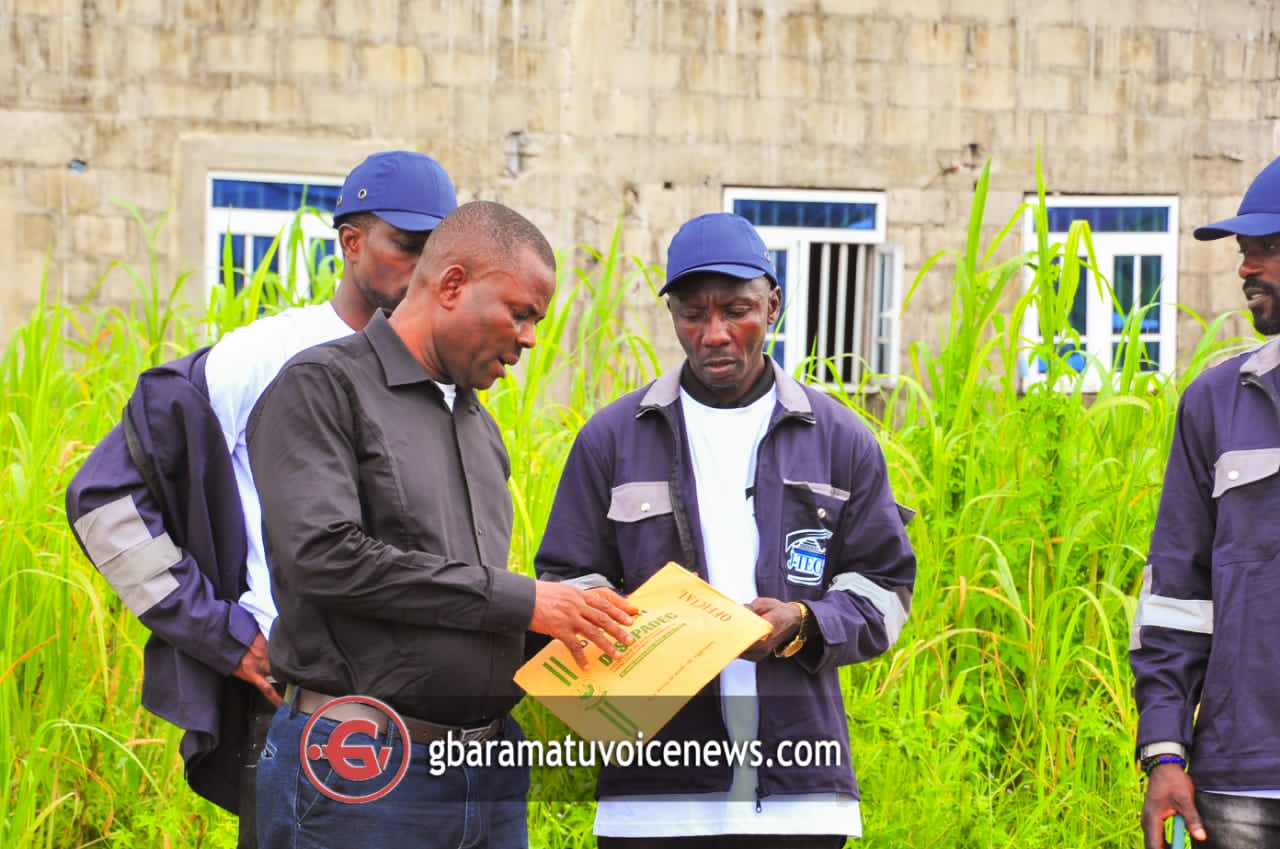 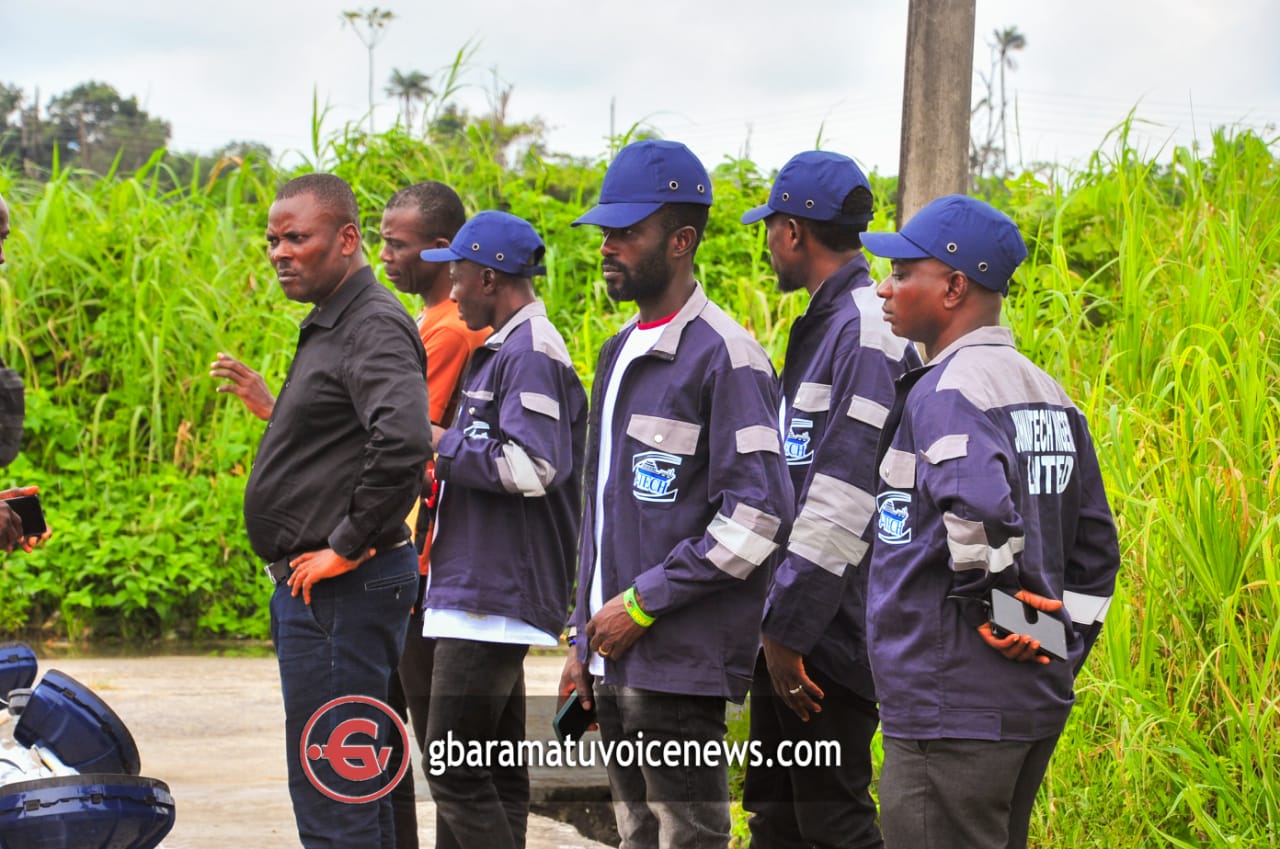 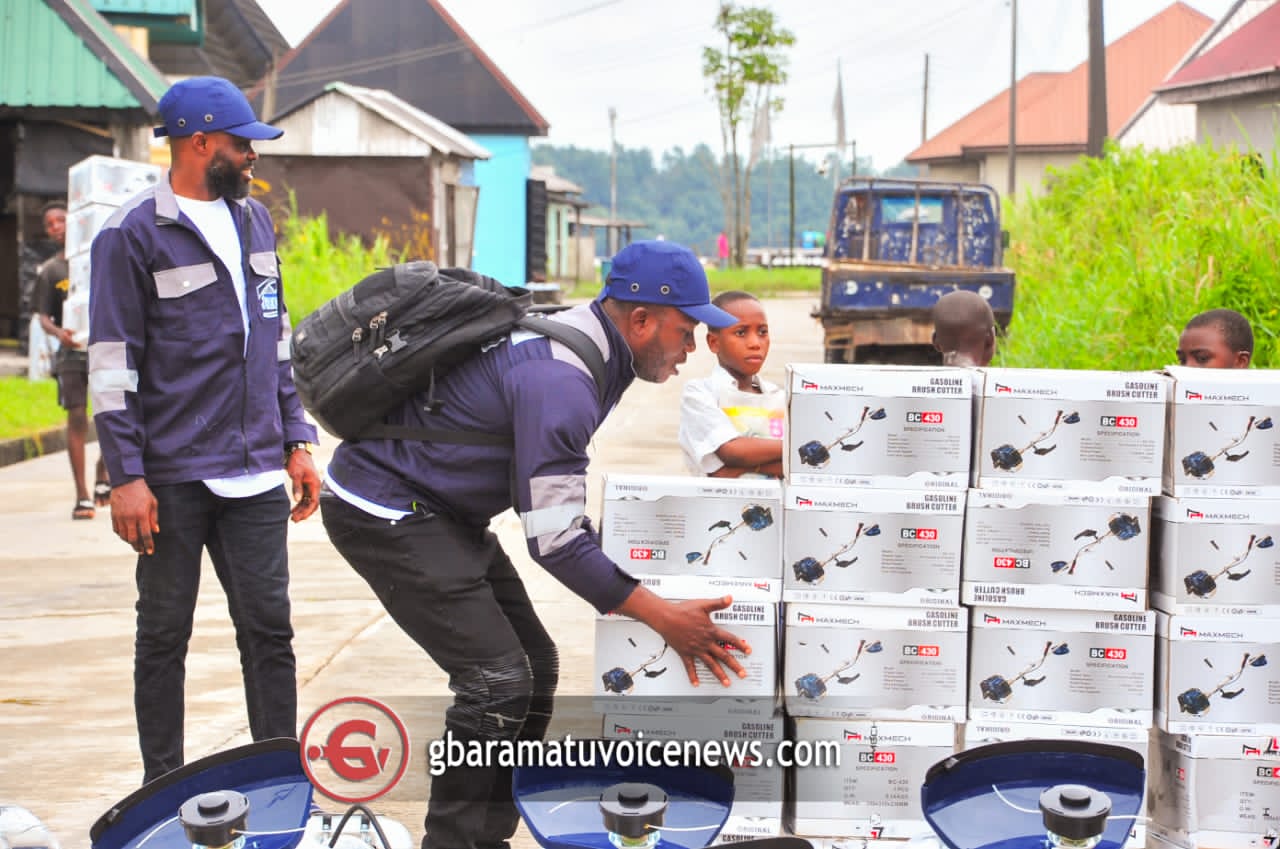