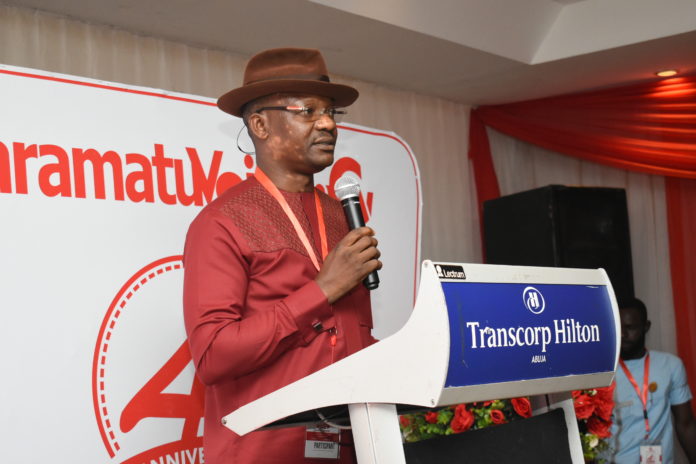 The Delta state Commissioner of Information, Mr. Charles Ehiedu Aniagwu has expressed optimism that the government he serves would work with GbaramatuVoice.

Aniagwu disclosed this at the 4th anniversary of GbaramatuVoice at Transcorp Hilton, Abuja, August 8.

He expressed gratitude to the Publisher of the newspaper, Mr. Jacob Abai, for his media firm furthering the development of the state.

He said that he was awestruck that GbaramatuVoice was selflessly publishing news as it concerned the state government even when some other news firms would have charged heavily for such.

This was when Aniagwu was Chief Press secretary to the Governor. He all the same, said that Abai was on a mission to make tremendous difference in the Niger Delta.

According to him, “As the Chief Press Secretary to the governor in the last 4years, before eventually given the privilege to become the Commissioner of Information in Delta State, I enjoyed the services of GbaramatuVoice in diverse ways.

“The number of publications we dished out to the public in various ways, Jacob Abai was always pushing it out as if I was paying him. And many a time you would ask, who is this person so committed to the development that is taking place in Delta State.

“Today, looking through what he has done in the last 4years and most especially the lectures; in 2018, he delivered a lecture in which he focused on Niger Delta beyond oil.

“He tried as mush as possible to make us understand that what lies beneath the soil of the Niger Delta, we do have individuals who are capable of making a quite a huge difference, and that is our greatest resources.

“Today, in Delta State, we occupy number one position not only in oil production, but also, in production of talent in the sport sector. That is who we are.

“I want to believe that this year, he is also focusing on another thing which is also aimed at letting us understand those issues that could in the long run bring about development not only in Delta State, but indeed, the entire Niger Delta.

“As the Commissioner of Information, I am pledging here and now that I will work with you for us to give out more information.”