The order was contained in a letter addressed to the embattled paramount ruler dated 11th May 2022 and signed by the Special Adviser to the governor on Chieftaincy Affairs, Mr Adoga, Ifop Victor. 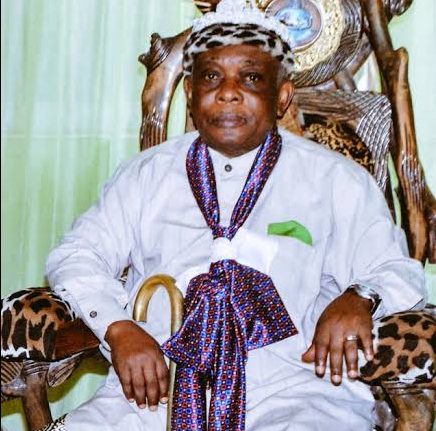 The letter stated that Itam should immediately return the certificate of recognition to the Department of Chieftaincy Affairs, Governor’s Office in Calabar.

“Following the report of the panel set up by the Cross River State Traditional Rulers Council (CRSTRC) and the approval of His Excellency, you have been removed as the village head, Clan head of Ukem and Paramount Ruler of Efuts with immediate effect to enable you go ahead to do your partisan politics,” Victor wrote in the letter.

“You have therefore ceased to be so recognised and cannot operate as such forthwith.”

It is learnt that Prof Itam Hogan Itam was a part of the People’s Democratic Party PDP Southern Senatorial District caucus that recently met and chose one of its governorship aspirants, Mr Authur Jarvis, as the party’s consensus candidate for the 2023 governorship election, an act contrary to the edict establishing the state traditional rulers council.

The Secretary-General of Efut Combined Assembly Ndabu, Dr. Godwin Bassey, commended the governor for taking such a step as it called on members of the community to be calm and go about their daily business.

Also, the apex decision making body of the Efut presided over by Muri Munene Maurice Okon Eyo, the Supreme head of Efut Combined Assembly and president, Calabar South Local Government Traditional Rulers Council thanked Ayade for promptly intervening in the matter, describing the governor’s decision as a right step in the right direction.