Former Super Eagles players, Christian Obodo and Sam Sodje were present as the third edition of the Ijaw/Itsekiri Peace and Unity Cup organised by the Centre for Peace and Environmental Justice (CEPEJ) kicked-off/opening ceremony on Wednesday.

GbaramatuVoice writes that High Chief Sheriff Mulade of Gbaramatu Kingdom is the founder of CEPEJ. Aside from using the NGO as a platform to fight for environmental justice for the Niger Deltans, the activist is also promoting tolerance and peaceful co-existence among the Itsekiris and the Ijaws who were at war some years back.

Speaking in the sidelines in the kick-off match between the itsekiri leaders and Ijaw leaders, the activist spoke about the importance of the tournament.

Mulade said: “The essence of this tournament is to try and reduce the hostility among us. Some years ago, we had some misunderstanding. That led to what is known as the Warri crisis. So, what we are doing is to build the relationship. So for you to join us is to support this celebration of peaceful co-existence.”

The activist also talked on the reason why the local organising committee brought former super Eagles super stars who hail from Delta State. 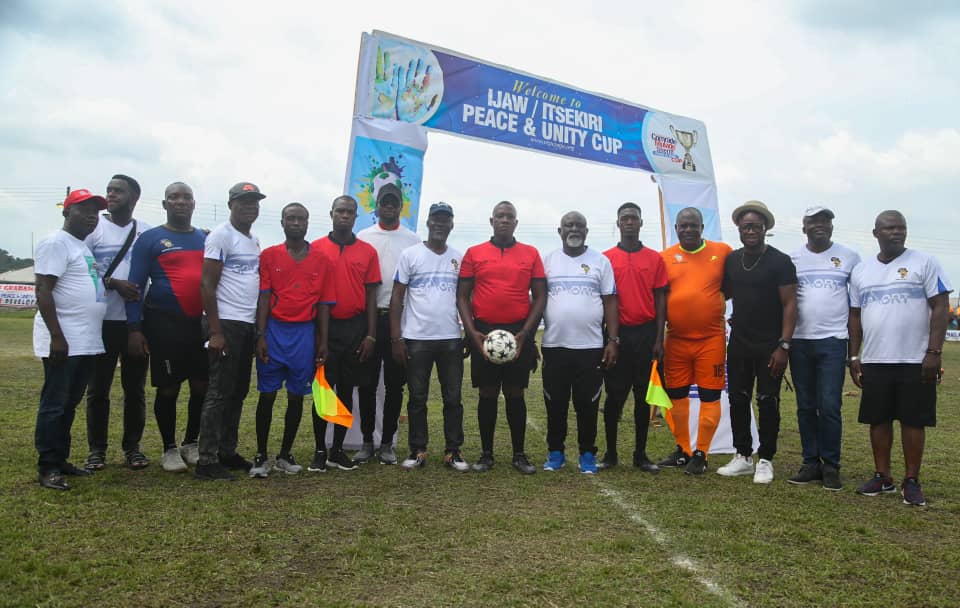 He also talked about the opportunities for aspiring professional footballers saying that scouts have been coming as four persons have been picked since the commencement of the cup three years ago.

Barr. Ekereosu, who is now an executive assistant to the Delta State governor applauded the initiative of the programme as peace is a prerequisite for development.

GbaramatuVoice writes that the tournament features 18 teams, eight from Itsekiri and eight from Ijaw communities.

In the first round of the tournament, in group 1, Oboghoro FC will tackle Koloko FC and Ubeji FC will lock horns with Ugborodo FC.

FIFA WORLD CUP 2022: Group stage fixtures, time and venues (From the opening game to the final)