To the good people of ancient Agbarho community in Ughelli North Local Government Area of Delta state, Monday, September 26, 2022, will remain a day to remember. It was a day that their disposed monarch, His Royal Majesty, Samson Ogugu 1, the Osuivie of Agbarho kingdom, regained his throne four years after.

Narrating the event to GbaramatuVoice, an indigene of the community stated that His Royal Majesty, Samson Ogugu 1, was in the early part of the year 2018, forcefully deposed for yet to be identified reason (s) by some persons opposed to his reign and in his place, appointed Chief William Onokpite as the new king.

Onokpite, it was reported, continued to parade himself as the king of the ancient kingdom despite non recognitions by the kingdom and the Delta state government.

GbaramatuVoice further learnt that this sad occurrence continued till the morning of Monday, September 26, when in a sudden twist of event, the community was in a commando-like manner invaded by men of the Nigerian Police Force (NPF), blocking the major entries and exit point to the community.

Residents were freighted by this development. Those going about their lawful business were also terrified as they were ordered by men of the Nigerian Police present; to raise their hands up while walking on the streets to signify that they are for peace. Business operations were to some extent shut down, and movement partially restricted.

While this ‘game’ of suspense continued, the frightened residents later discovered that what they were witnessing was a prelude to what many described as a ‘triumphant entry’ of the deposed king back to the palace.

With this new awareness, fears gave way for joy. The news also ushered in a moment of celebration to the ancient community.

People lined up in their numbers along the palace road awaiting the arrival of the king to have a glimpse of the returning monarch. For the first time in a long period, the palace gates were thrown wide open, as people from far and near joined in the celebration of the king’s return.

On arrival, His Royal Majesty, Samson Ogugu 1, reiterated the need for all to promote peace and the common good of the kingdom, noting that war and power tussle has become out fashioned in the leadership scheme of things and therefore should be discarded as a way of resolving leadership crisis.

He also ordered the removal of old ornaments and furniture in the palace as renovations works, and replacement of furniture would begin in earnest.

Part of the highlights of the effort directed to making the monarch comfortable was the donation to the palace of items such as chairs, air conditioners among other valuable items by indigenes.

As of the time of filing this report, battle-ready policemen were still stationed at some strategic locations in the community to forestall any resistance to the new order. 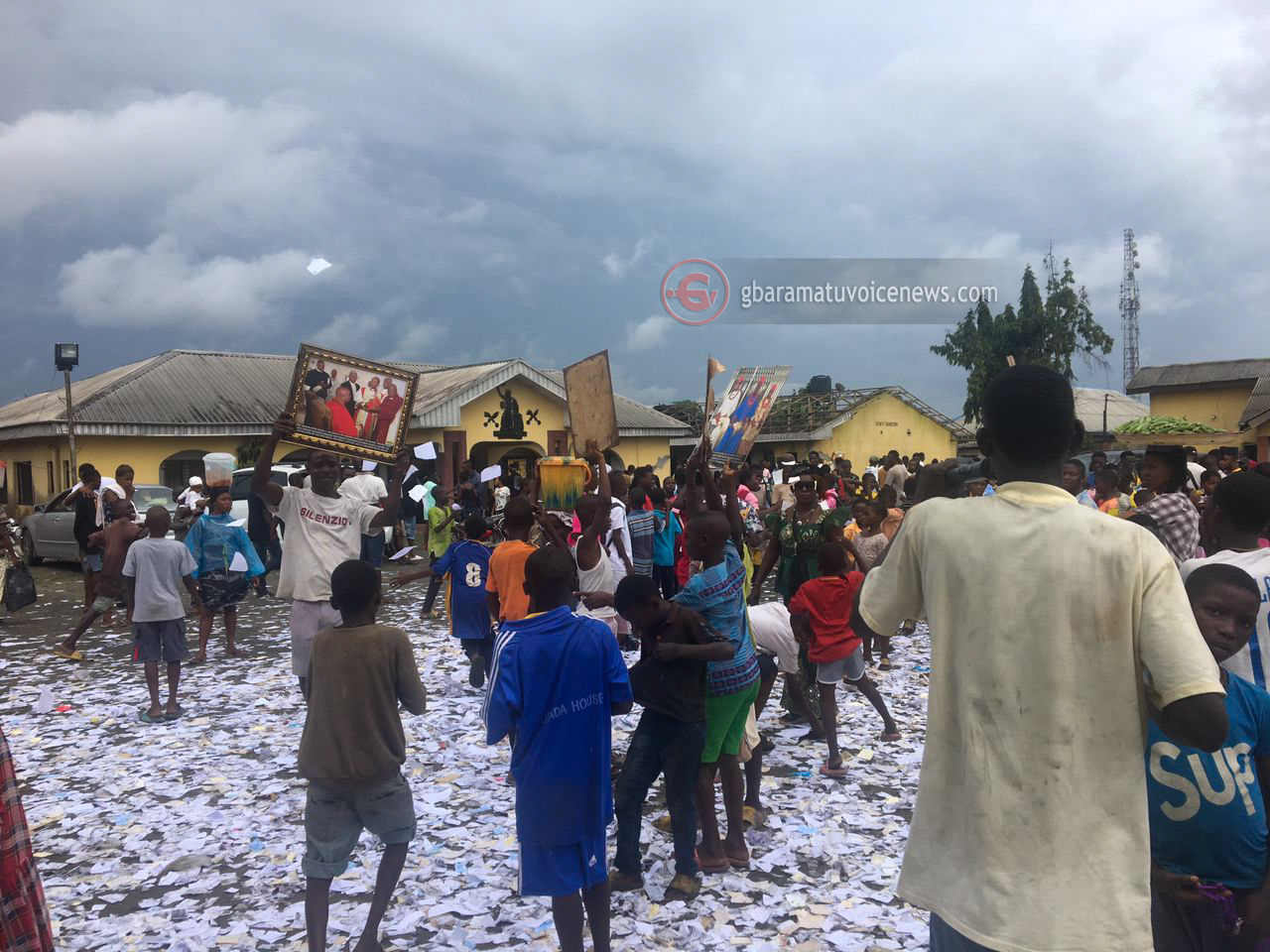 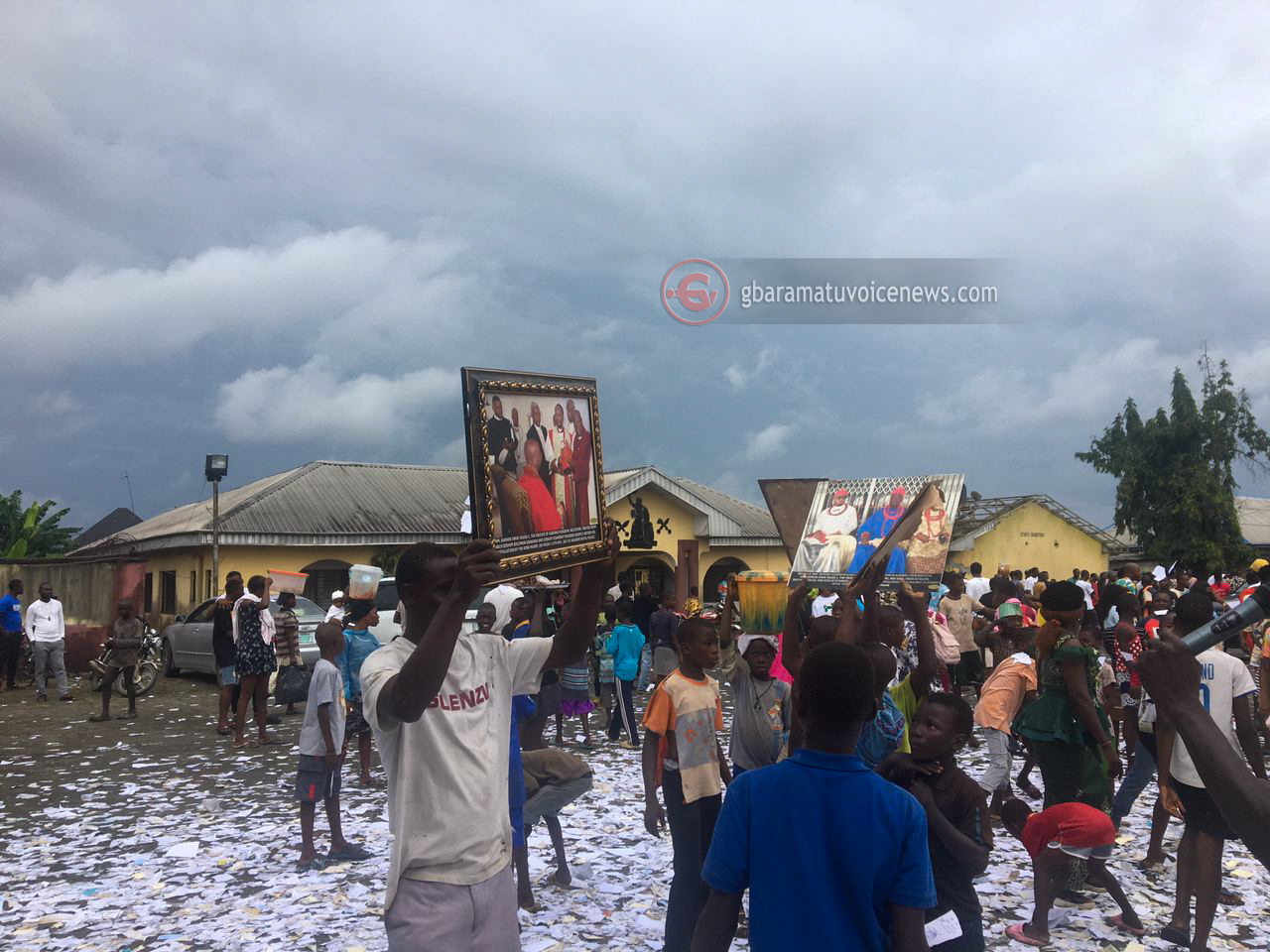 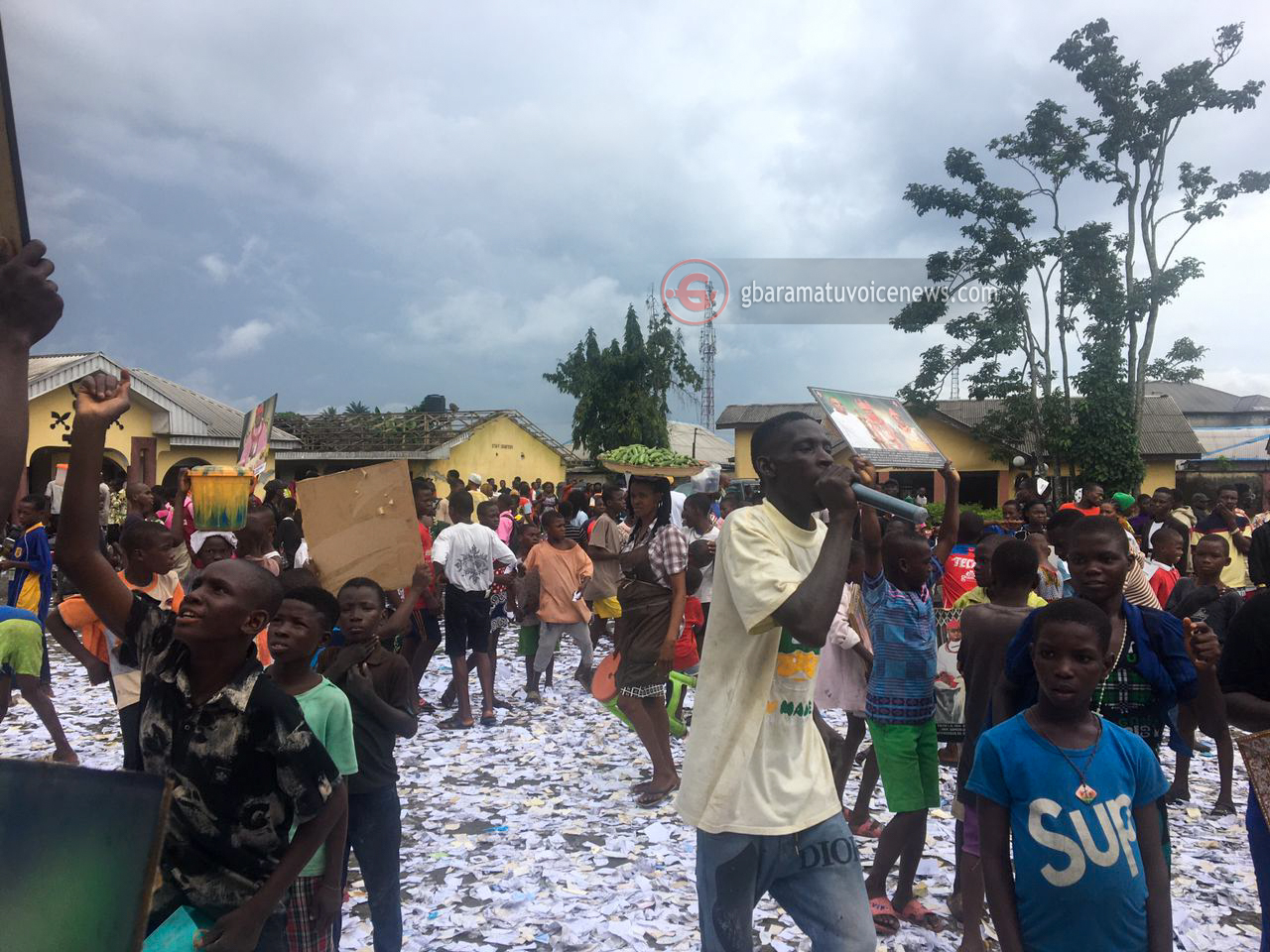