The Executive Governor of Kogi state, Alhaji Yahaya Bello is set to officially declare his intention to join the race for the 2023 presidency.

In an interview on Arise TV on Wednesday, the governor said he will declare his presidential ambition officially on Saturday, 2nd April 2022.

Governor Bello added that the declaration will be done at the Eagles Square, Abuja at 11 am. 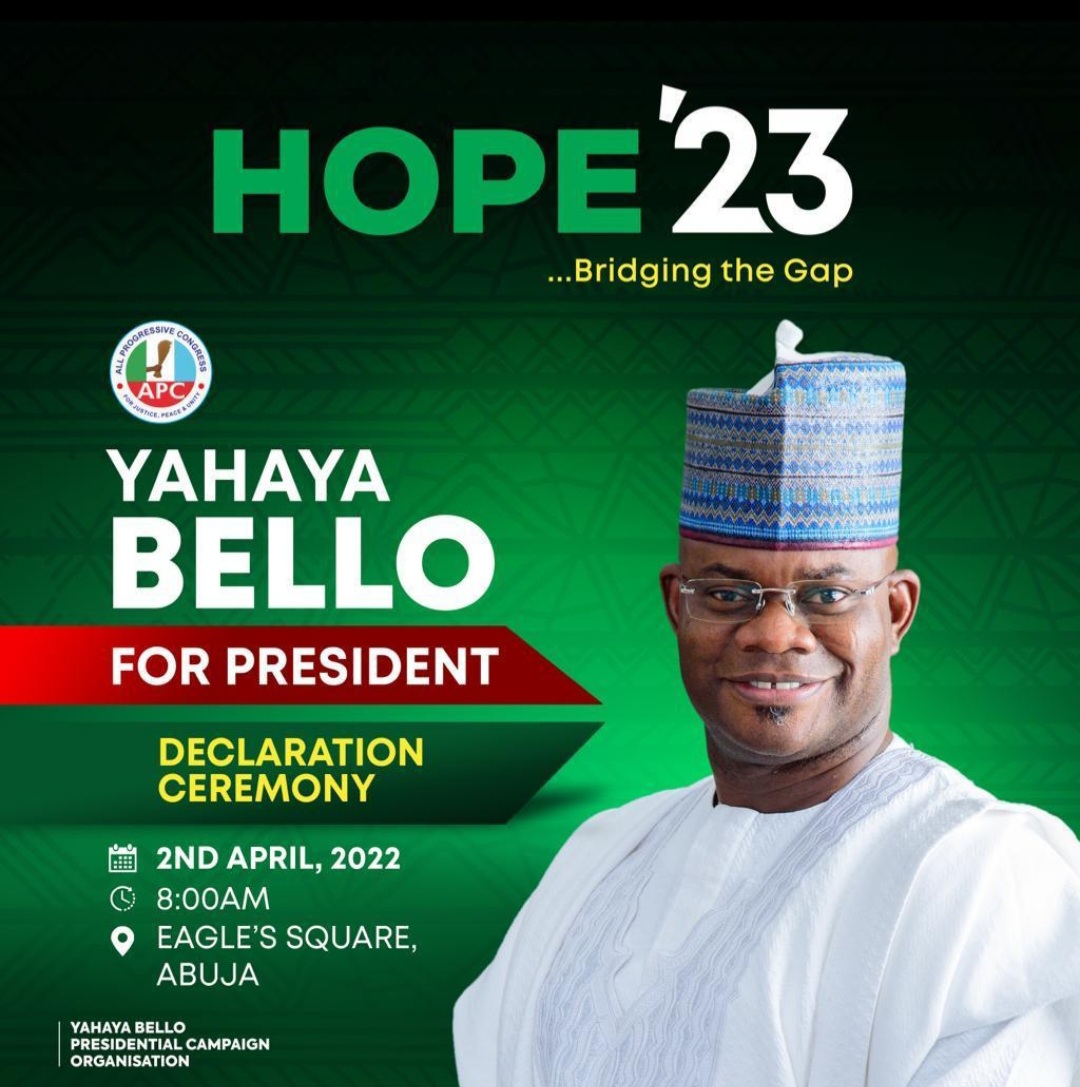 Earlier, GbaramatuVoice had reported that Bello said there will be no zoning of the presidential ticket in the All Progressives Congress, APC, ahead of the 2023 election.

He said that the zoning formula does not exist in the constitution of APC and Nigeria, hence the reason the party will not thread the path.

Yahaya Bello maintained that people ought to focus on merit and the right presidential candidate instead of zoning.

The governor was reacting to the probability of the APC producing its National Chairman and a Presidential candidate from the same region of North Central.