A Floating Production, Storage and Offloading (FPSO) vessel with a capacity to process up to 22,000 barrels of oil per day, inject up to 40,000 barrels of water per day and store 2 million barrels of oil, has exploded and sunk at the Ukpokiti Terminal, around Escravos, Warri South-west, Delta State.

GbaramatuVoice checks showed that the huge facility, TRINITY SPIRIT, was built in 1976 (46 years ago), with a carrying capacity of 274774 Dead Weight Tonnage (DWT) and overall length of 337.05 meters as well as a width of 54.5 meters.

The asset is owned by Shebah Exploration and Production Company Limited (SEPCOL) which in 2004 acquired all of 40 per cent of ConocoPhillips equity interest in OML 108.

SEPCOL (now in receivership), according to GbaramatuVoice checks, is owned by a combination of Nigerian and overseas corporate entities, which include: Abbeycourt Trading Company Limited (ATCO), Abbeycourt Petroleum Company Limited and Allenne Limited.

The FPSO serves as the primary production facility of for OML 108 and is also a government approved terminal for lifting operations for all OML 108 production.

It wasn’t immediately clear if there were casualties due to the massive fire which erupted on-board the vessel, but it was learnt that about 10 persons were within the the facility when the incident occurred who had yet to be accounted for at the time of going to press.

A statement by the Chief Executive Officer , Shebah Exploration and Production Company Ltd (in receivership), Ikemefuna Okafor, obtained by GbaramatuVoice confirmed the incident, but was silent on whether there were casualties or injuries.

In the release titled: “Fire Incident On The Trinity Spirit FPSO,” the company announced that the incident happened in the early hours of Wednesday.

While stating that investigations were going on to ascertain the actual cause of the explosion, the organisation noted that as required, it had already reported the matter to the appropriate government agencies.

It further confirmed that there were 10 crew members, but that everything was being done to ensure their safety and security.

“The management of Shebah Exploration & Production Company Ltd (SEPCOL) in receivership, hereby announces the unfortunate incident of a fire that engulfed our offshore facility, the FPSO Trinity Spirit located at the Ukpokiti Teminal, following an explosion during the early hours of Wednesday, 2nd of February 2022.

“The cause of the explosion is currently being investigated and we are working with necessary parties to contain the situation.

“At this time there are no reported fatalities, but we can confirm that there were 10 crew men on board the vessel prior to the incident and we are prioritising investigations with respect to their safety and security, “ the company said.

SEPCOL further appreciated the assistance provided by the Clean Nigeria Associates (CNA), the Chevron team operating in the nearby Escravos facility and its community stakeholders as well as fishermen, who it said had been of tremendous assistance since the incident happened.

“We have duly notified all relevant authorities and we appeal to the members of the public to stay away from the area while our crisis management team continues to monitor the situation and update all stakeholders with new information as the investigation evolves,” it stated. 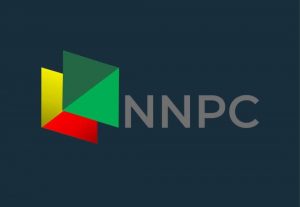 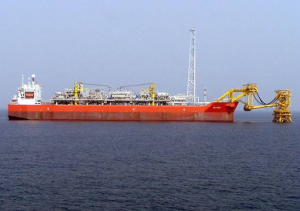