The Eko Convention Centre, Lagos, venue of the meeting was lavishly decorated to impress, and it did impressed. The participants were corporately kitted; men and women alike. All seated in such a manner that could be mistaken for, fresh law graduates being called to the Nigerian Bar or shareholders on Annual General Meeting (AGM). They listened to the various speakers with disciplined attention and said little; with an exchange of banters/pleasantries coming at intervals.

Certainly, it was neither a meeting of lawyers nor shareholders but a collection of chief executives and representatives of different oil firms from the nation’s up, mid and downstream sectors united by a 2 day West African International Petroleum Exhibition and Conference (WAIPEC), hosted recently by the Petroleum Technology Association of Nigeria (PETAN).

As expected, the meeting featured well-crafted topics for discussion geared towards moving the industry forward as well as increase the market shares of the participating organizations. But then again, like every other oil and gas related gathering in the past, the speakers were unanimous in silence about their operational base, the Niger Delta.

A development that further supports the long established belief by the Niger Deltans and Civil Society Organizations (CSO) that Niger Delta in the estimation of these multinationals is an endangered species strategically marked for extinction, using neglect and abandonment as a formidable tool. To the oil majors, so far the eggs are secured, the condition of the goose that lays the eggs becomes secondary. A recent visit to the region supports this assertion.

What is more? While the exchange of banters/pleasantries was on in Lagos, poverty, disease and illiteracy walked the creeks, rivers and estuaries of the Niger Delta. While the oil giants were looking into the future with high hopes, the people of the region bemoaned their fate in their sorrows and their hardship.  And while the oil chiefs were in Lagos singing the ‘Songs of Solomon’, the Niger Deltans were back in the creeks studying the ‘book of lamentation’.

Equally regrettable is a shocking discovery that most of the multinationals find it more convivial getting entangled in legal battles with the host communities as against imbibing good corporate citizens attributes. In the words of the creek dwellers, these operators go to the extent of inciting troubles between the elders and the youths using financial inducement.

The trip also presented majority of these organizations as a bunch that are neither interested in the practice of  ‘equal sorrow’ nor abide by the tenets of the Corporate Social Responsibility (CSR)  as they eloquently preached everything good corporate citizenship but inept in the practice; vivid examples to support this position abound.

First, as you read this piece, the Ogonis are waiting patiently like a dove for the promised cleanup of their environment devastated by the activities of the Dutch Oil giant, Shell Petroleum Development Company (SPDC), which has lasted for decades despite the African Commission’s decision in the case of SERAC vs. Nigeria (Ogoni case) handed down almost two decades ago. And the UNEP Report recommending a total clean-up of Ogoni land.

In the same vein, the people of Bielema/Offoin-Ama, Akuku-Toru Local Government Area also in Rivers state have joined in chanting this chorus of highhandedness and neglect orchestrated by the same organization, Shell. They accused Shell of operating with neither a human face nor best practice in dealing with the host communities, particularly in the provision of the basic social amenities.

Correspondingly, the people of Odimodi/Forcados communities are still fighting to overcome the trauma suffered in the hands of the Mobil Producing Unlimited in an oil spillage case that spanned for 17 years before justice was given in their (the community) favour. But their environment, eco-system, remain destroyed while the economic activities have since been disrupted.

Tragically unique is the deplorable situation of the Erovie community in Ozoro, Isoko North Local Government Area of Delta state, after their ordeal in the hands of Shell Petroleum Development Company in a case between Hon. Odegholor Abikelegba vs, Federal Ministry of Environment and others that lasted endlessly.

These communities have since resigned to fate and handed their situation to God Almighty.

Bemoaning the fate that has befallen the people of the region, critical stakeholders believe that the FG and the oil companies are responsible for the woes of the Niger Deltans as they listen without being attentive to the excruciating situation in the region. A state of affairs they explained is responsible for the youths’ restiveness, eco-system destruction, and high unemployment rate.

Buttressing the above point further, some pointed to the non-implementation of the Akure-accord as a pragmatic example of a government that is lacking in political will to enforce development of the region. Others seem to nurse the opinion that the federal government has not opened the 16points development agenda as drafted by the Pan Niger Delta Development Forum (PANDEF) and handed over to the FG. The federal government and its agencies were roundly accused of incoherence and lacking in coordination.

Indeed, the situation in the region has further served as a proof that ‘poverty of our leaders certainly does not mean material poverty, but lack of commitment to duty, lack of vision and greediness characterized by corruption’.

It has consequently brought poverty, illiteracy and diseases as its resultant effects to the people of the region, forcing many children out of school not because of their unwillingness to learn, but occasioned by non-availability/provision of schools in the region by the government.

In the light of the above, it becomes pertinent that the FG draw a modern regulatory/monitoring lesson from a well-documented account of the youthful Paddy Adenuga’s strong move to buy Chevron Netherlands, a story I view as a must-read for all. Part of the account which is relevant to this discourse read in parts;

‘Essentially, the Dutch government required all operators to restore their areas of operation back to how nature intended – which meant all infrastructure had to be removed at the end of production. The cost of this is what is termed “abandonment liability” or “abandex”.  I doubt if such framework exists in our space.

Surprisingly also, if the above is coming from the Dutch government, the homeland of Shell Petroleum Development Company, why is Shell finding it difficult to comply with similar demand in Nigeria?

Sadly, if we are unable to develop a monitoring framework as demonstrated above, which I  consider a challenge we currently face, chances are that the much celebrated Petroleum Industry Bill (PIB), despite the superlative result it is crafted to achieve may go the same way like other policies formulated in the time past.

In reality, there is no single answer to the multi-faceted plights of the people of Niger Delta, but be that as it may, it is my opinion that the place to start is that of addressing government insensitivity and failures.

To effectively confront this scourge, the federal government needs to take responsibility and come up with steps for a strong, aggressive leadership by addressing the issues of weak regulation on the parts of its ministries and agencies, tackle the oil companies lackadaisical handling of the environment, and ensure compliance by the oil firms with the implementation of the Global Memorandum of Understanding (GMoU) so entered with host communities.

Another key point raised by the stakeholders that may guarantee a fast-tracked development in the region is the call for immediate relocation of the headquarters of (both private and government-owned) oil companies to the region. It is my view that such step will add up to a new relationship while soaking up the existing tension.

Again, a government agency such as the National Oil Spill Detections and Response Agency (NOSDRA), in my opinion, has no business being in Abuja since the chunk of its responsibility is in the Niger Delta region. In the same manner, implementing the 16points agenda as submitted to the FG will be a right step taken in the right direction.

A compelling point we must not forget is the call by stakeholders on all other oil companies to emulate the Chevron Nigeria Limited template in community engagement. A template that deals directly with the host community. An approach the communities claimed that has worked perfectly in the area of infrastructural development but still requested that Chevron gets it well funded.

Though faced with interminable socioeconomic and environmental challenges, one thing is sure. Niger Deltans are troubled but not despondent. A situation that makes it easy for them to be managed and contained if only the federal government could come up with a plan and will to tackle the challenges as currently faced by the people of the region. 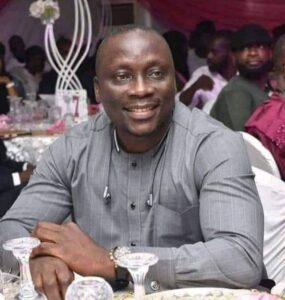 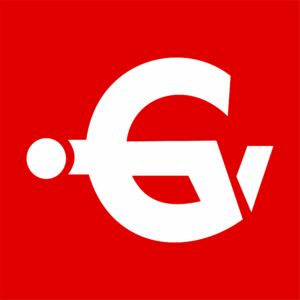 POLL: ON THE PRESIDENTIAL AMNESTY PROGRAMME, HOW WOULD YOU RATE BRIGADIER-GENERAL PAUL BOROH’S PERFORMANCE, TWO YEARS AFTER? VOTE HERE