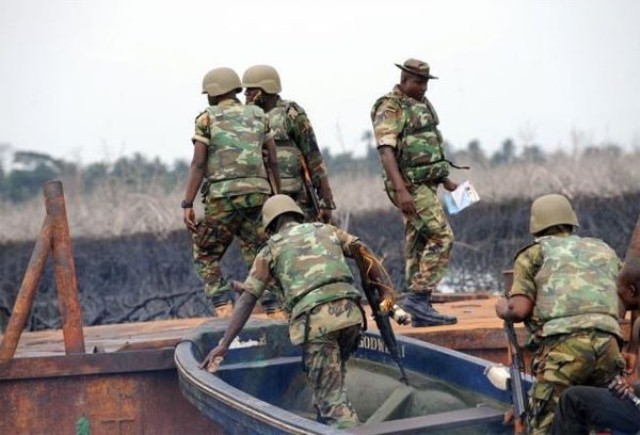 The Joint Task Force Operation Delta Safe (OPDS) has confirmed the killing of a soldier by yet to be identified persons at Ajakurama community, Ovia South West Local Government Area in Edo state.

Maj. Ibrahim Abdullahi, Spokesperson of the troop, confirmed the incident in an interview with the News Agency of Nigeria (NAN), in Benin on Sunday.

Abdullahi, who said the name and rank of the soldier cannot be disclosed yet, said the soldier was killed last Friday.

He also confirmed that the troop had deployed men to the community to carry out surgical operations with a view to arresting the culprits and handing them over to relevant security agencies for prosecution.

“Yes we have deployed some officers to Ajakurama community where one of our soldiers was killed by yet to be identified persons.

“The aim is for the soldiers to carry out a surgical operation to isolate the culprits so that they can be arrested and handed over to relevant security agencies and be prosecuted,’’ he said

He, however, urged the villagers not to be afraid of the presence of military men in their midst but to go about their normal duties.

NAN reports that the news of the killing of the soldier and his subsequent burial in a shallow grave broke out on Saturday, but the Army could not be reached for confirmation.