APC NATIONAL LEADER: An appellation of danger and illegality

Some titles or names are capable to draw the attention of the demons around us.

Some titles are bigger than their owners. If a title is bigger than its owner it becomes very difficult to manage. And such person with bigger title will soon behave strangely.

Senator Ahmed Bola Tinubu, the Jagaban, claims to be the National Leader of APC, the ruling party of Nigeria.

Yes, APC is Nigeria’s ruling party because it produced the president of the country in the person of President Muhammadu Buhari.

The title “National Leader” is not known or found in any party’s constitution including APC. No wonder, former President Olusegun Obasanjo once stated “I don’t know the office of Bola Tinubu in APC”.

We all know that the President of the country is automatically the head of the party that produced him and the leader of the country. As in the case of former President Obasanjo and PDP.

Sen. Tinubu comfortably claiming to be the National Leader of APC, implies that he is the leader of President Muhammadu Buhari and APC National Chairman. By extension, he can attend APC national meeting without invitation and preside over it.

Bola Tinubu has several times claimed that he single handedly made Muhammadu Buhari the President of Nigeria with his South-West votes. However, others had questioned the validity of that claim with this question “what is the voting strength of the North-West Geopolitical Zone?”. And that Alhaji Bola Tinubu is only appropriating a collective effort of Nigerians to himself.

Maybe these mistaken perceptions discouraged Sen. Bola Tinubu to even think about becoming APC’s Board of Trustees Chairman.

On Friday, 25th March, 2022, in an NTAi programme about APC National Convention, Gov. Hope Uzodinma of Imo State was asked who is the Leader of APC. His response was simple, President Muhammadu Buhari.

Sen. Ahmed Bola Tinubu has declared his ambition to be the next president of Nigeria. If he becomes president of Nigeria, would he accept if any other politician addresses himself National Leader of APC? Of course, he would not. Even the Nigerian western media, that eulogize it today, would rubbish it at that time.

Already, many influencial politicians are very very nervous for person like Alhaji Bola Ahmed Tinubu, an extremely wealthy man, to be the next president of Nigeria. A man of arrogance who considers himself the leader of a political party (APC) that has a President of a country and a National Party Chairman. A man who declined to accept any political or party appointment, except the office of the vice president of the country.

If he becomes the president of Nigeria, who will be somebody before him? How many governors will go for second term in his reign considering the painful experience of Gov. Ambode of Lagos State?

Those are some of the questions many powerful politicians want Bola Tinubu to respond to.

Intelligent President Muhammadu Buhari, a former military Head of State and a civilian President of two terms, knows those politicians who respect his office. He is also knowledgeable, more than any other Nigerian, of the person that would be the next president of Nigeria. 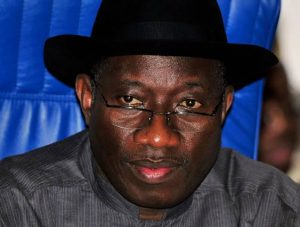