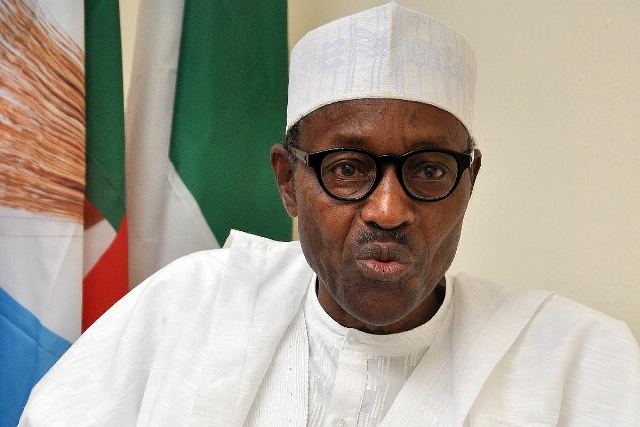 It is general knowledge that President Muhammadu Buhari, precisely on Friday 28th February, 2020 approved the suspension of the Cordinator, Presidential Amnesty Programme, and Professor Charles Dokubo, with a promise to set up a caretaker committee to run the affairs of the agency.

As expected, this development has elicited reactions from stakeholders and the public at large, while some hails the action of the president others view it with scepticism. The boundaries between these two spheres has been shifted back and forth for some days and in some cases been a source of tension.

Indeed, this sort of feelings is not only inevitable but eminently desirable. Many would have expected the experience of these past years to continue. It is an ‘objective’ concern. Yet despite these widening feelings, there appear a gap prompted by lack of comprehension that the amnesty challenges have led to a tragic condition in the region. Hence, the luxury of leisurely approach to an urgent challenge is no longer permissible.

Though I sympathize with Professor Dokubo on who’s shoulder rests the burden of piloting the amnesty programme affairs since March 13, 2018,when he was appointed by President Muhammadu Buhari, However, there comes into view some legitimate reason to believe that the present administration may have a sincere desire to move not just amnesty programme but the Niger Delta region forward in such a way that both protects the rights and opportunities of coming generations and contributes to compatible approaches.

This voiced opinion is predicated on the events of the past months.

Specifically, more than anything else, the suspension of Dokubo which shares similar attributes and virtues with that of his predecessors, has again become a canonical proof that FG needs a change in strategy in making such appointments.

There are historical examples with vivid images to support this fact.

First, the appointments of Timi Alaibe, Kingsly Kukuh, Boroh and Professor Charles Dokubo, enjoy similar characteristics. They were Niger Deltans but not connected to the grassroots, particularly the people at the coastal areas. Like other Nigerians with critical interest, I believed and still believe that the viability of such office depends on the appointment of a personality that is not just familiar with the region and the people but a development-minded fellow that lives within the creeks and respected by the people of the region.

Of course, there is nothing new about this proposition. And ,i hope Mr. President , The National Security Adviser(NSA) and the Secretary to The Federal Government(SFG), will see the distinction this opinion article is trying to make.

Let’s turn to a more concrete example that will further convince all that ‘the rule of reason is the natural sovereign of a free people’.

While working as the foot soldiers of the Foundation for Ethnic Harmony- a Non Governmental Organization in 2002, some Niger Delta youth leaders in different communities/kingdoms, with sincere effort to promote Martin Lurther Kings Jr’s non-violence philosophy/education, among other things led the solid foundation for what is today celebrated as amnesty programme. The initiative precisely in 2006, caught the attention/support of an oil giant in the region, the Shell Petroleum Development Company (SPDC), who as part of its Corporate Social Responsibility (CSR).supported the initiative with both local/foreign training of youths from the region. And like a wild fire, the support base increased with Chevron Nigeria, Government Parastatal and other International Oil Companies (IOCs).

Under this condition, strategic thinkers will do well to understand this background and search out for well-foresighted but quietly influential creek residents that will help control what we have been smart enough to create as a nation. Mr. President and his handlers, must, as they have demonstrated in past, understand that the old conception of amnesty programme-with focus almost solely on ex-militants-and geopolitics has to be enlarged and follow a policy of forward engagements that accommodate chunk of the large army of professionally-trained ex-militants currently without job-as well as many youths of the region who were not of age as at the time amnesty was being proclaimed.

As noted in a similar intervention, more important than the above point is that, assuming a decision is made today by the FG to formally remove Dokubo, there is urgent need for the FG to appreciate the next appointment from a rights-based perspective. Government must desist from the current non-participatory approach to such appointments, but rather embrace a broad-based consultative approach that will give the Civil Societies Organizations operating in the region and people of the Niger Delta, some sense of ownership over their own issues.

This suggestion is based on a very simple reason. Aside from the age-long believe that if one wants to know about the road ahead, he/she must ask those coming back, the Non-Profitable Organizations working in the region have been able to establish beyond reasonable doubts that NGOs provide platforms for pursuing the truth, peace and the decentralized creation and distribution of ideas; in the same way, that government is a decentralized body for the promotion and protection of the people’s life chances.

All things being equal, there is a need to step beyond party affiliations and academic qualification. And take a look at the region’ fundamental obstacles-underdevelopment. As clarified by the United Nations Independent Expert on the Right to Development, for a programme to be tagged development, it must directly or indirectly, require a particular process that allows the realization of economic, social and cultural rights, as well as civil and political rights, and all fundamental freedoms, by expanding the capabilities and choices of the individual.

Regardless of what others may say,it will be rewarding in economic and sociopolitical terms if organizations such as; The Foundation for Ethnic Harmony; The Partnership Initiative in the Niger Delta (PIND), Center for Peace And Environmental Justice(CEPEJ) and AA PeaceWorks among others, are consulted for recommendation and inputs, and possibly help identify personalities in the region that have stood with the people, participated in their struggle, accepted by all and most importantly, that can do the job.

Accordingly, the level of success on this job will be determined by how holistic in approach the Federal Government could be in appointing someone into this position.