Our troops are on ground, says Nigerian army

The soldiers had reportedly killed a Nigerian and a Cameroonian refugee in Danare, Boki Local Government Area (LGA) of the state in December, last year.

The incident followed a military crackdown on Anglophone secessionists in the neighbouring nation, resulting in displaced persons streaming into Nigerian territory.

Sources at Danare said the soldiers stormed the community on Thursday, demanding that the village head hand over some refugees to them. The leader turned down the request and the troops left without hurting anybody.

On Monday night, however, the soldiers returned. Numbering between 50 and 100, they allegedly crossed the international border into Danare, searching for Cameroonian militants said to have sought refuge in Nigeria. The militants had allegedly attacked the soldiers, prompting the reprisal.

The Spokesman for the community and a former councillor in Boki LGA, Mr. Douglas Ogar, flanked by some indigenes, yesterday, told newsmen in Calabar that the soldiers invaded the village at about 2:00 a.m. on Monday, shooting intermittently.

He said: “Our people did not sleep, yesterday (Monday), because gendarmes from Cameroon invaded our community, claiming they were looking for Ambazonian militants. The militants, who have since taken refuge in the surrounding forests, were also shooting. The entire community was in chaos.

“It is important to recall the sad invasion of Danare communities, which happened on January 25 this year, when more than 80 Cameroonian soldiers with various weapons crossed the Danare-Daddi/Danare-Bodam international border openings and abducted five natives.”

Ogar said the situation posed a serious danger to the safety of refugees and the entire Boki communities.

According to him, the soldiers said their mission was to warn the residents of Danare to be aware they would return and stage a raid intended to cleanse the communities of all threats to the Cameroonian government.

“This is a calculated offensive from the Cameroonian military on Nigeria. They have shown outright defiance of Nigeria’s territorial sovereignty and despised the consequences of crossing the international boundary to carry out intimidations and harassment on the already alarmed citizens of Danare, with warnings of further assault.”

Commenting on the latest invasion, the Cross River State Security Adviser, Mr. Jude Ngaji, said: “The issue has gone beyond the police. The Nigerian army has just deployed a battalion in the area. No Nigerian has been killed. And as you know, this is an international issue which is being handled at the highest level of government.”

The United Nations High Commissioner For Refugees (UNHCR), meanwhile, has said an estimated 36,000 persons from Cameroon have fled into Nigerian communities.

But reacting to the alleged invasion, the spokesman for 13 Amphibious Brigade Calabar, Captain Kayode Owolabi, said: “There is nothing like that. Actually, they may come to their own side and not (the) Nigerian side.”

When asked, however, to comment on photographs the people in Danare had taken of the Cameroonian troops and of their meeting with the community, Owolabi said: “I saw the pictures that Cameroonian soldiers entered our territory. But actually, our men are there. But the network to reach them is the problem. But as soon as I get the information, I will send it to you.”

During the December incursion by the soldiers, a former council chairman, Mr. Kingsley Mbia, had sent an SOS text message to the head of the Department of State Service, saying: “Information at my disposal has it that the Cameroonian army are at the verge of running over Danare 1 community in Boki LGA. Shooting on the outskirts of the village has claimed the life of one Akombi Mbia of Danare 1 and Osang Celestine Enu, a displaced person in Danare. We wish to appeal that soldiers be deployed in the area to save the life of the people.” 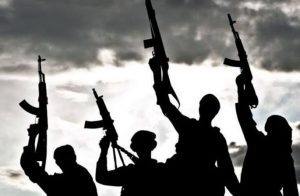 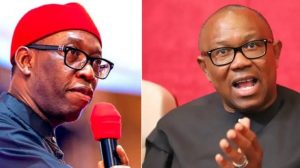 OKOWA TO PETER OBI: Your experience not enough to lead Nigeria 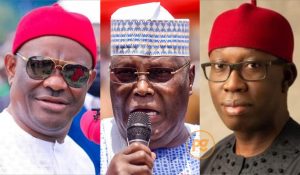 Today in Nigeria and around the world: A roundup of the big news on Saturday, July 30, 2022