This is written with respect to Vanguard Newspaper publication titled,” Experts Link Nembe Oil Spill to Sabotage as Bayelsa Govt Kicks” dated December 23, 2021. Ordinarily, one would have left the matter to rest the way others were rested. But when one imagines the massive environmental, health, social and economic devastations oil bearing and producing communities and the inhabitants suffer each time barrels of hydrocarbon are released into their environments one cannot but join conversation on this recent spill.

In the opinion of the experts the spill of about 16,280 barrels of crude and crude sediments spilled into Santa Barbra River Nembe was due to sabotage. Whilst agreeing with the experts without conceding, there are pertinent questions that beg for answers before the claim of sabotage can exonerate the polluter -in this case Aiteo Group from being culpable.

One, did the licensee not have a duty to ensure that her facilities are protected from external intrusion? On the authority of Donoghue V Stevenson (1932) Aiteo owed a duty of care to everyone/community that its oil exploration activities/ operation would likely affect. It therefore, behooved of Aiteo to have put every surveillance measures in place including but not limited to Closed-Circuit Cameras/Televisions and alarm trigger–mechanisms to wade off or avert any possible sabotage attempt.

Above are what the team of experts ought to have verified before establishing the validity of their sabotage claim. In any case the fact that the Oil Company had independently tampered with the wellhead and plugged the leaked valves through her experts before the Joint Investigative Visit (JIV) leaves room for further suspicions of a possible cover up. This is a scientific possibility and not a mere guess work!

The underlying rule as per Rylands V Fletcher (1868) is that a person who for his own personal benefits brings on his land and keeps anything likely to do mischief if it escapes, must keep it in at his peril, and if he does not do so, is prima facie answerable for all the damage which is the natural consequence of its escape. Section 11(5c) of Oil Pipelines Act LFN 1990 states that the holder of oil license shall pay compensation to any person suffering damage (other than on account of his own default or on account of the malicious act of a third person) as a consequence of any breakage of or leakage from the pipeline. Aiteo Group must prove their claim of “malicious act of a third person” beyond all reasonable doubt to escape payment of compensation for the losses suffered by the community and inhabitants

Two, could it not be possible that the sabotage was an insider work? There is no rule that says that all sabotage must be from external source. There are claims that arrest was made of six persons at the scene of the spill at about 2:30 am. It is however, expedient that they are paraded and interrogated by the police so that the public can ascertain if indeed they are the external saboteurs as claimed by the company. In any case until a competent court tries and convicts them the claim of sabotage remains an allegation.

Another question that requires answer is the partisan interest of the Environmental Right Groups and Ethnic Youth Leaders in applauding the findings of Joint Investigation Visit JIV. Such groups as widely reported in the media include Friends of the Environment, Nigerian Ethnic Youth Leaders Council (NEYLC), The Niger Delta Youth Movement (NDYM) Arewa Consultative Youth Movement (ACYM) just to mention but these few.

The fact that the outcome of the visit is being disputed by the Bayelsa State government should have called for restrain on their part. But that was not the case as caution was thrown to the winds with all sorts of political colorations introduced into an issue as serious as the one under reference. This leaves a yawning gap on what their real motive is for a matter whose investigation is yet to be concluded!

Finally, what will be the fate of the community and individuals for the losses suffered as a result of the spill where the case of sabotage is actually established beyond reasonable doubt? Who will be responsible for remediation of the environment? Who will be responsible for the loss of fishing rights, economic trees, crops, damaged fishing gears, drinking water and health challenges (connected with the spill) of the inhabitants?

The above worrisome questions make it very imperative for the regulators to be very stringent with their supervision of the operators of oil exploration sector as canvassed by the Minister of State for Environment during the Ministerial press briefing of Thursday 23rd December 2021.

Lewis Afolabi
Registered Estate Surveyor and Valuer Based in Warri 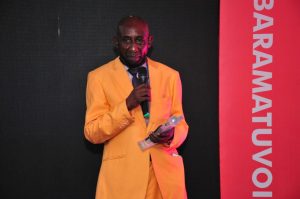