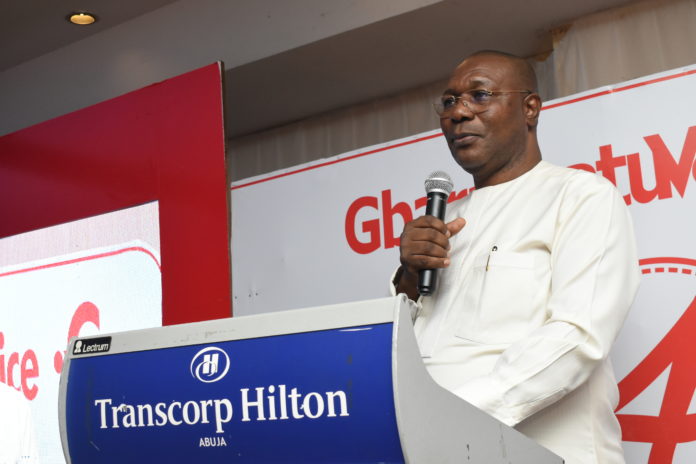 When the GbaramatuVoice Newspapers held its 4th anniversary on Thursday, August 8 2019, at Transcorp Hilton, Abuja, the Deputy Governor of Delta State, Barr. Kingsley Otuaro who was in attendance, lavished praise on the newspapers, while delivering a speech.

He described GbaramatuVoice as an epitome of the saying that whatsoever a man conceives, he can achieve. The affable deputy governor added that the newspapers had carved a niche for itself on unbiased reporting especially as it mattered to the  Niger Delta.

He described the Publisher of the newspapers, Mr. Jacob Abai, as a man with many positive ideas, who’s skyrocketing to an enviable height.

Otuaro said, “I want to first and foremost thank and appreciate God Almighty for a great day such as this He has made, and to further congratulate the proprietor and publisher of GbaramatuVoice and his management team for this feat.

“It is self evidence the axiom that whatsoever a man conceives, he can achieve.

“For some of us who were there when this whole laudable idea was conceived (of having a media outfit), little did we know that the very little beginning that we saw then will metamorphose into what we are seeing here today.

“I want to personally say a media outfit such as GbaramatuVoice that has dedicated itself to balance reportage of the narratives on the Niger Delta, must be taken very seriously.

“Many times as an individual when I want to check up information, I just click on Gbaramatuvoice to see what they are saying about it. And on clicking, I will be able to rationalize.

“I want to use this opportunity to thank as many that have come from far and near to honour the publisher and members of his team with their esteem presence.

“For us, once again, our thoughts and prayers are with you and we will keep partnering with you. You are doing a great job, keep it up. God bless you.

“That you have conceived this wonderful idea, the sky will of cause will be your starting point.”

IYC SEND WARNING SIGNAL TO BUHARI: What we will do if...