Minister of Niger-Delta Affairs, Senator Godswill Akpabio has arrived Oporoza town, the headquarters of Gbaramatu Kingdom as part of the moves to appeal with the leader of Niger–Delta agitators, Government Ekpemupolo, alias Tompolo, from fulfilling his threat.

GbaramatuVoice gathered that the Minister who landed at Osubi Airport, Warri and used speed boat to creek to see the warlord is scheduled to pay a courtesy visit to the Pere of Gbaramatu Kingdom and other Niger Delta leaders, both Itsekiri, Isoko, Urhobo, Ndokwa and others, that are already waiting for him. 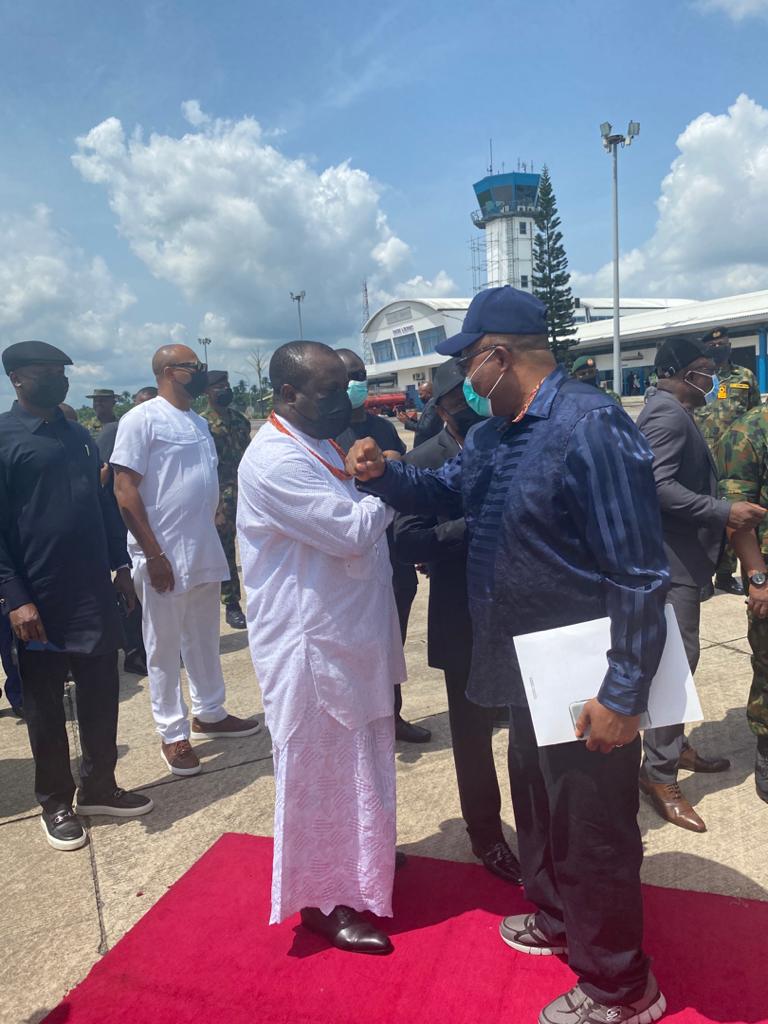 Meanwhile some militant groups in the nine states of the Niger Delta led by the Supreme Egbesu Freedom Fighters backed Tompolo over the seven-day ultimatum. While they declared their readiness to form an alliance with the umbrella body of Ijaw Youths Council (IYC), and threatening to shut down major oil exploration flow stations and oil wells in the area.

Senator Akpabio was accompanied by the Deputy Governor of Delta State, Barr. Kingsley Otuaro and other top government officials. 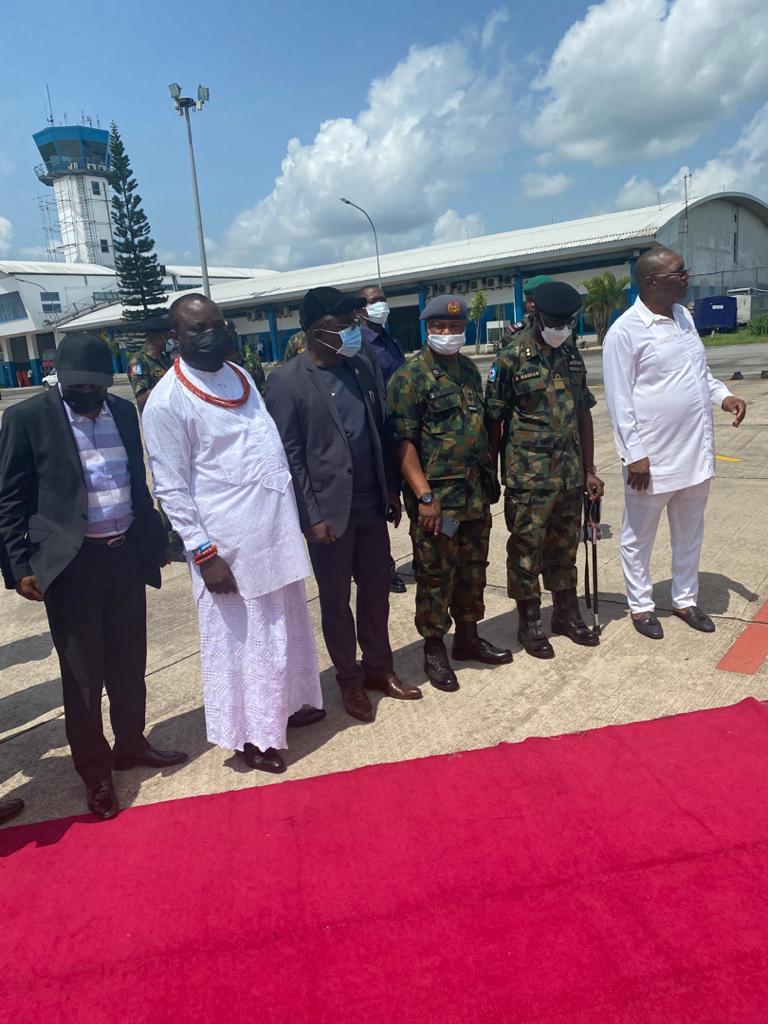