A report by Business Day newspaper indicates that former Vice President and Presidential aspirant for the office of the President in the 2023 general election on the platform of People’s Democratic Party (PDP), Atiku Abubakar, may have picked governor of Rivers State, Nyesom Wike, as his running mate in place of Peter Obi.

Obi, a former Anambra State governor, and economist, was Atiku’s running mate in the 2019 general election. A former banker and technocrat, Obi brought charisma to the 2019 electioneering campaigns with his brilliant knowledge of economic management.

Sources say Atiku’s decision to dump Obi was because he allegedly made little financial contributions to the 2019 campaign purse as well as inability to win his state, Anambra, and the South East for the party in the Presidential election.

“Prior to the 2019 election, Governor Peter Obi didn’t have a strong political structure outside the South East. People just loved him because of his vast knowledge of the economy, winning an election goes beyond all that.

“For instance, since he left office and joined the PDP, he has not been able to have his nominees win the governorship election in the state. Although he is brilliant and can speak good grammar, interprets the economy very well, winning an election is much more than that. How much did he bring to the table?

“To successfully run an election in this country, you need money, connection, strong and vast political structure, etc, and these you find in abundance in Nyesom Wike. He is a good material any day and that’s not the kind of man you leave behind, especially if you want to win election in Nigeria,” according to a source close to the Atiku campaign team.

BusinessDay couldn’t confirm the veracity of the allegations made against Peter Obi as the message sent to his phone number was not responded to as at press time.

But the choice of Wike is already causing ripples within the ranks of the party as many thought Atiku-Peter Obi’s Presidential ticket in 2023 would have done the magic, considering their feat in the 2019 general election.

There is also the thinking that rather than lose out completely in 2023, a Vice-Presidential slot would be better for the Igbos. Those who hold this view allude to Atiku’s promise to rule Nigeria for only one term of four years if elected President in 2023 and facilitate the election of an Igboman as President.

Although it could not be confirmed at press time if the Rivers State governor has accepted the offer, sources close to the party hierarchy told BusinessDay at the weekend that the matter formed part of the discussions at the recent meeting of the PDP governors’ forum hosted by Wike in Port Harcourt.

It was gathered that the governor had used the opportunity to seek the support of his colleagues for the Atiku-Wike 2023 ticket; an issue that many of those in attendance were said to have kicked against, especially on the basis of the common belief in the party that the next President of Nigeria should emanate from the South East.

Weeks before the meeting, Wike had visited some of the PDP governors to personally invite them to the meeting. One of them was the Abia State governor, Okezie Ikpeazu, who it was gathered, initially agreed to attend but changed his mind at the last minute. Ikpeazu neither attended nor sent representatives fuelling speculation of a possible rift between him and Wike.

When contacted, an aide to Ikpeazu, who spoke under anonymity, said his boss refused to attend the meeting in Port Harcourt because he did not want to be part of a grand plan to deny the Igbos their right to rule Nigeria.

He said: “My brother, you know my governor, he is one man that strongly believes in the 2023 Igbo Presidency, and attending that meeting would mean endorsing a project that would truncate the Igbo collective agenda. Even though Governor Wike personally came to Umuahia to invite him to the meeting, Ikpeazu refused to honour the invitation.

“Thank God my governor listened to wise counsel. If not he would have fallen into a well-designed trap by those who want to kill our common goal.”
Recently in Enugu, leaders of the PDP in the South-East warned the party against zoning the Presidency to the North.

They insist it was the turn of the South-East to produce the next Presidential candidate of the party, stressing that both the South-West and South-South have had their turns.

According to them, the zone deserves to produce the next President because of its people’s “eminent qualifications and overwhelming contributions to the development of all parts of the federation through the years,” adding that zoning the Presidential tickets of parties to the Southeast would be “the best way of ensuring that we build a nation that leaves no one or group behind.”

According to Abaribe, “Igbos have all it takes to rule this country and make it better again, therefore, I encourage all Nigerians to support this noble intention.”

Anyim described the Southeast as a good market for Presidential material and sees no reason why any other region would want to rob the Igbos of the chance of producing the next President of Nigeria.

Part of the communique at the end of the meeting read thus: “That the people of the South East have earned the right to occupy the office of President in 2023 on account of their eminent qualifications and overwhelming contributions to the development of all parts of the federation through the years.

“That we appeal to the People’s Democratic Party in particular, to in the interest of equity, justice, and harmonious national cohesion, to zone their Presidential ticket to the Southern zones of the country and the South East in particular.

“We further reiterate that the choice of a Southeast citizen as the Presidential candidate of the party in 2023 will guarantee to every Nigerian, a sense of equity, justice, and inclusion in the management of the affairs of the nation. In our view, this is the best way of ensuring that we build a nation that leaves no one or group behind,” the communique stated.

It was jointly signed by Theodore Orji and Duru Iheoma. 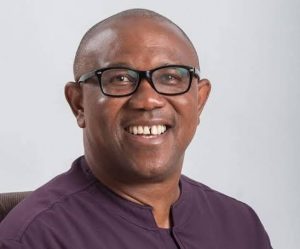 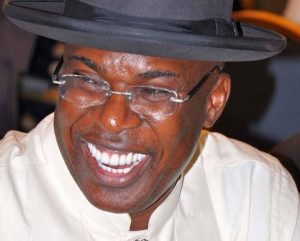