The meeting was held last night in Abuja.

The PDP’s presidential candidate solicited the support of Jonathan to actualise his ambition of replacing President Muhammadu Buhari as president next year.

Okowa posted photos of the meeting on his Twitter handle on Friday and wrote: “Last night, alongside our Presidential Candidate, Alhaji @Atiku Abubakar, we had a great meeting with our former President, H.E. @GEJonathan. There, we discussed our plans to #RecoverNigeria with His Excellency.”

Atiku also announced the visitation. “Last night, I led a delegation alongside my vice-presidential candidate, Dr Ifeanyi Okowa, on a courtesy visit to former President Goodluck Jonathan at his residence in Abuja. -AA,” he wrote on his Facebook page on Friday. 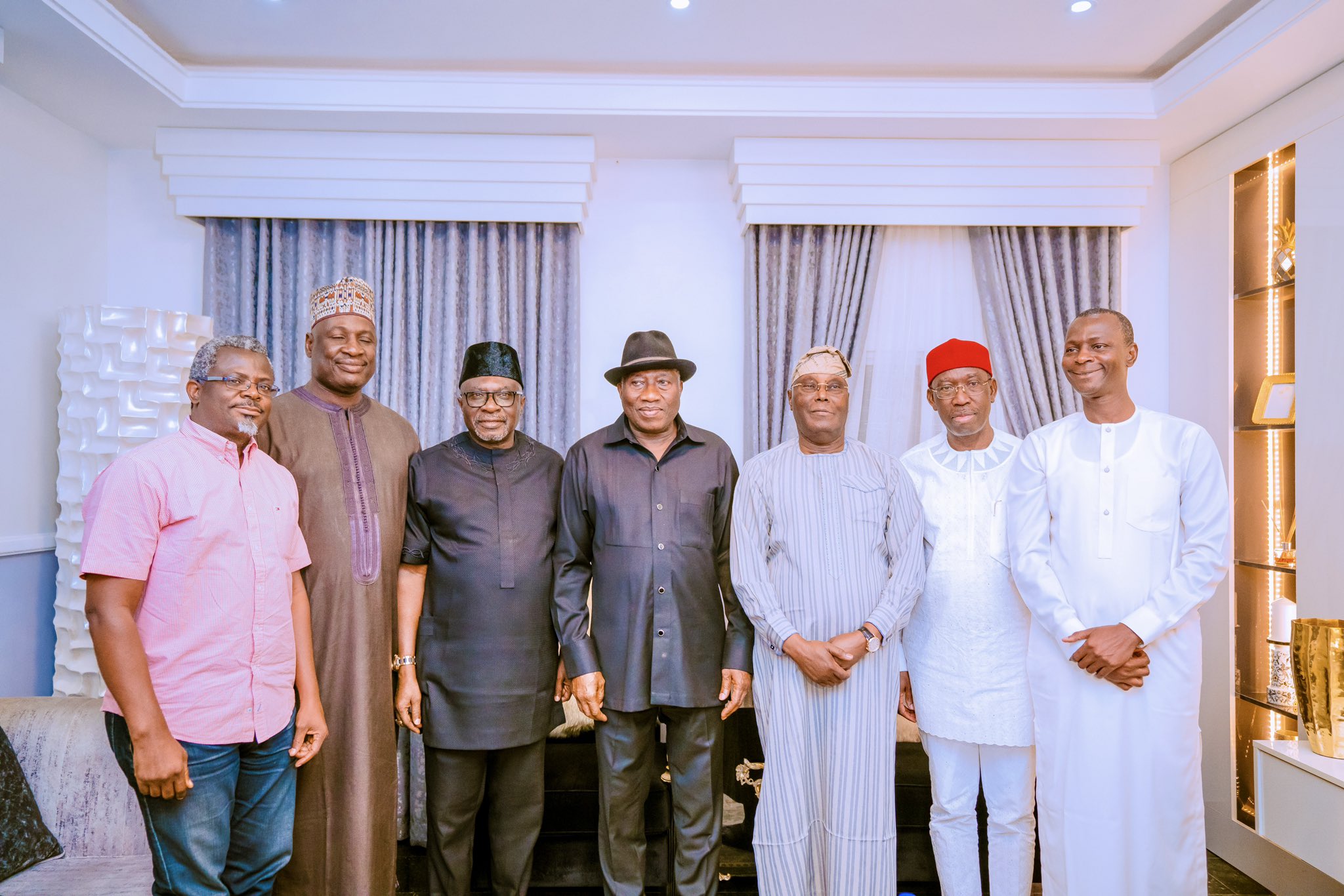