…Promises to build on Buhari’s legacies and his past achievements

…As Niger Delta youth leaders route for him

The Ikot-Ekpene Stadium was full to capacity as the Minister of the Niger Delta Ministry, Senator Godswill Akpabio declared his intention to join the 2023 Presidential race. GbaramatuVoice reports.

Several dignitaries from within and outside the country turned out to show their solidarity to him.

Some of these were: a former governor of Taraba State, Alhaji Garba Umar; APC youth leader from Kaduna State, Alhaji Rabiu; Hajia Ayisha Adamu from Sokoto State; Dr. Marshall Umoren, Dr. Emmanuel Akoan Obong, Hon. Bassey Etim, a former member of the House of Representatives; women and youth groups from different states, and many others.

In their different solidarity speeches, they all described Akpabio as the right man to occupy Aso Rock by 2023 based on his experiences and the fact he has been tested and found to be an uncommon performer. 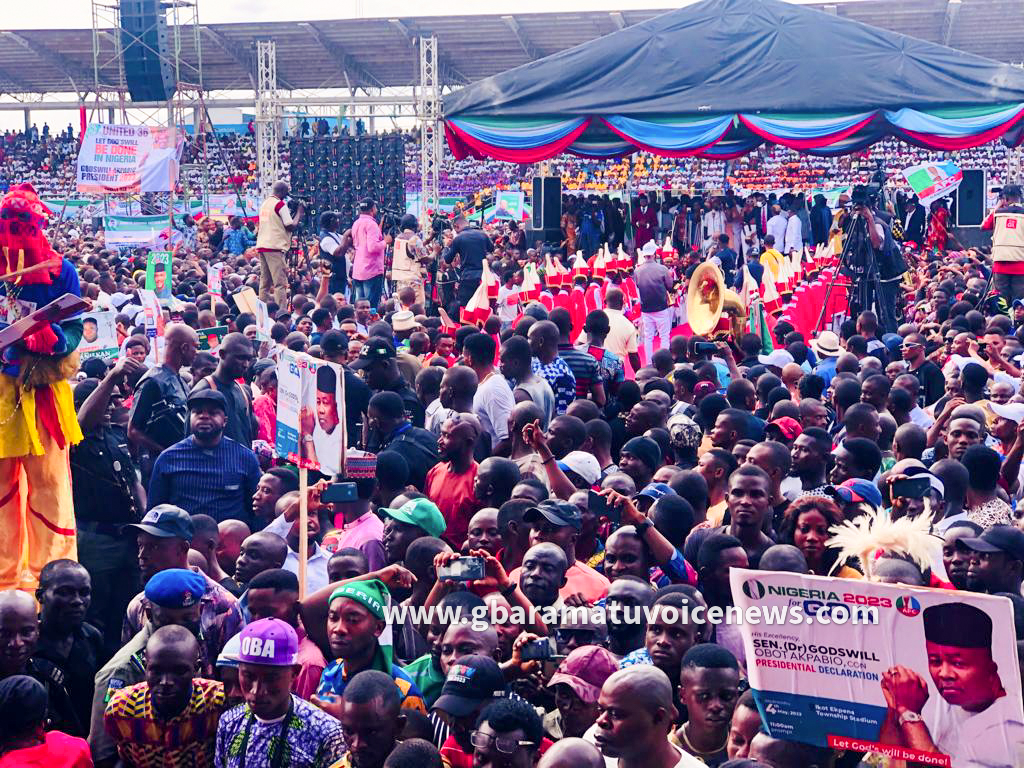 Music and entertainment was supplied by Timi Dakolo, MC Galaxy, a live band, among others.

In his address which was delivered in a highly charged environment, Akpabio praised President Muhammadu Buhari who he described as a man of integrity. He promised to continue from where he will stop by 2023 and give priority to youth empowerment, give women more than the 35% they are asking for in government, and make Nigeria a force to reckon with in ECOWAS, Africa and the world at large.

He highlighted some of his achievements in office as governor, senator and minister and promised to improve on these if the people vote him by 2023. 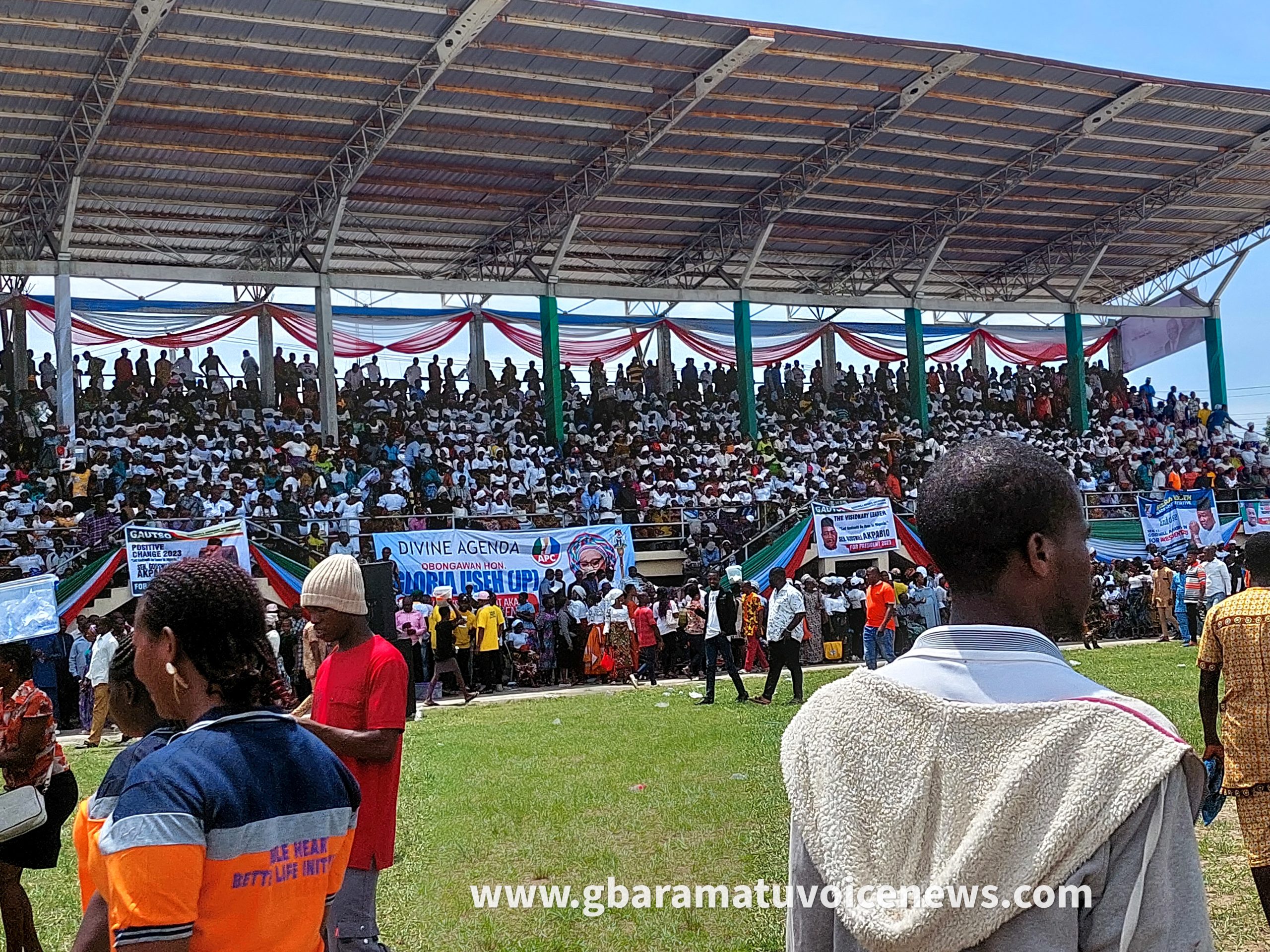 He praised the fight against corruption currently being waged by President Buhari and promised to build on that by alleviating the poverty in Nigeria.

Akpabio described himself as the most loved politician in Nigeria and explained his declaration is being watched in 59 countries and went on to present the delegation from the United States to the audience.

Continuing, he explained: “Therefore, I hereby declare my intention to seek the nomination of my great party, the All Progressives Congress to become not just a candidate but to become the next President in 2023.

“This declaration is being watched live from 59 countries in the world,” Akpabio boasted.

“I have never seen a politician so loved by this country like Godswill Akpabio.”

Speaking on his birth, he said he was not born with a silver spoon but with a shovel and promised not to let the people down if voted into office by 2023.

Among the many youth groups at the declaration were members of the Progressives Youth Leadership Foundation of Niger Delta led by its president— Chief Diplomat Adams Ogomugo, who led hundreds of youths to the declaration.

Ogomugo said they were supporting Akpabio because of his uncommon performance when he was a governor and his current achievements now he is the Minister of the Niger Delta Ministry.

They promised to leave no stone unturned in ensuring Akpabio becomes President in 2023 and called on all Niger Deltans to rally round him as they believe he will do well.

The vote of thanks was given by the former governor of Taraba State.