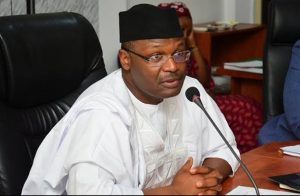 Against its earlier stance, the Independent National Electoral Commission (INEC) has extended the deadline for the conduct of primaries by political parties.

The commission made the adjustments on Friday after a meeting with Inter-Party Advisory Council (IPAC), an umbrella body for the 18 registered political parties in Nigeria.

The deadline has been postponed till June 9, an extension by six days from June 3 it earlier fixed for the activities.

Before the latest development, the IPAC had requested for an extension of the deadline by at least 37 days more, a move the INEC on at least three different fora opposed.

“I hereby reiterate the position of the Commission that there will be no review of the timelines. There are so many inter-related activities that are associated with the timelines which must be carried out.

“Any review to extend the timeline for one activity will affect other activities and put unnecessary pressure on political parties and the Commission. This will ultimately result in more complications than what the extension seeks to achieve. Therefore, the Commission will not review the timelines,” the INEC chairman, Mahmood Yakubu, reiterated two weeks ago.

However, bowing to pressure from the party, Mr Yakubu, in a statement released on Friday night, said an extension of the date would not hurt its schedule of activities.

As explained by the chairman, the newly approved six-day extension will afford the parties to conclude outstanding primaries and prepare the list of candidates and upload their affidavits on the commission’s portal.

He said the extension covers political parties who have not conducted their primaries.

“However, based on the Timetable and Schedule of Activities for the 2023 General Election, the parties have now pleaded with the Commission to use the 6 days between 4th and 9th June 2022 to conclude outstanding primaries and prepare to upload the list of candidates and their affidavits on the INEC Candidates Nomination Portal. The Commission did not schedule any specific activity during this period. The idea is to simply give parties time to compile the list and personal particulars of their nominated candidates before uploading the same to the INEC Candidates Nomination Portal from 10th – 17th June 2022.

“The Commission has decided to allow the request of the political parties since the six-day period does not conflict with the next scheduled activity which is the submission of the list of nominated candidates or any of the subsequent timelines which remain sacrosanct. However, this request is granted in respect of outstanding primaries only without prejudice to those already concluded by political parties. The Commission will not monitor already concluded primaries,” Mr Yakubu explained.